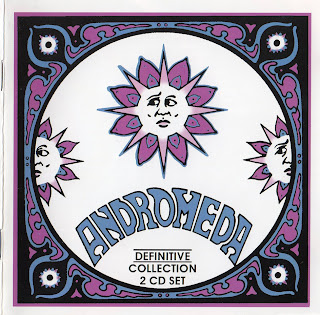 One of the most bootlegged and legendary LP's to come out of the late 60's was the self titled album ANDROMEDA which is included in full on this 2CD set. On CD2 are tracks never before released including 5 tracks recorded for John Peel's Top Gear show during 1968 and 3 tracks recorded live at Round House and Covent Garden London during 1967. This 2CD set is the Definitive collection lovingly prepared by JOHN DU CANN who has put together over two and a half hours of music.

This is a definitive 2-CD account of one of the seminal UK prog-rock bands of the late sixties. Beefed out with never before released material, including five tracks recorded for the John Peel "Top Gear" show during October 1968 and three tracks recorded live at the Roundhouse and Covent Garden, London in 1967. Remastered and fully annotated by guitarist and band founder John Du Cann, this release also provides a connection to Atomic Rooster with whom Du Cann featured in 1970.

Andromeda developed out of Du Cann's band The Attack who at this time were supporting bands such as The Yardbirds on the London gig circuit. After producing an album for the budget label Saga, with a "thrown-together" band called Five Day Week Straw People, Du Cann formed Andromeda with Mick Hawksworth (bass) and Jack Collins (drums) - whose brother was Jimmy McCulloch (sometime guitarist in Paul McCartney's band Wings).

As Du Cann recalls, when the album was originally released it received great reviews "...it wasn't just a basic rock album, it had a few light-and-shade parts in it and went into different little instrumental passages and things." That album is presented in its entirety on CD1 whilst live tracks and demos (for a projected second album) are on CD2. 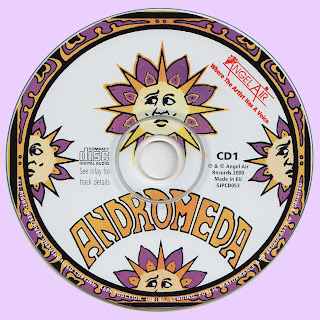 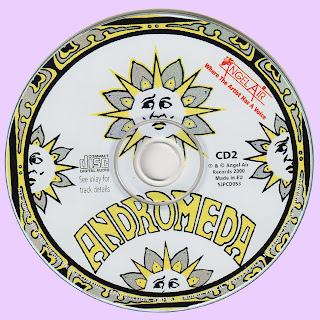 Free Text
Text Host
Posted by Marios at 8:24 AM 11 comments: