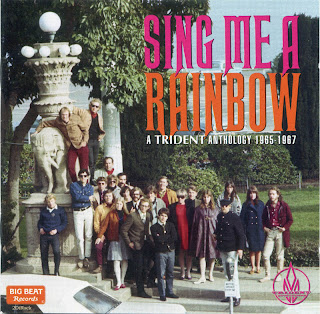 Previous volumes in the Nuggets From The Golden State series devoted to the late Frank Werber’s Trident Productions have been enthusiastically received, and Big Beat is proud to issue the best of the rest in this double CD package, “Sing Me A Rainbow: A Trident Anthology 1965-67”.

Werber formed Trident Productions in 1964 and dissolved it in late 1967. As manager and ‘fourth member’ of the incredibly successful Kingston Trio, he had taken the act’s profits and invested them on their behalf in a range of intellectual properties, such as publishing, and physical ones, such as the Trident Restaurant in Sausalito and, most significantly, the flat iron Columbus Tower building in San Francisco’s North Beach district. With the production company, Werber wanted to apply his proven management abilities to a new wave of artists, but he didn’t bargain with how different, and contrary, that next generation might be. Based as it was in the San Francisco of the mid-1960s, Trident was at once in the vanguard of rock’s next phase, and a victim of it. The organization only foundered because, after ten years at the top of his profession, the man driving the whole shebang didn’t want to play the game anymore.

Based on a thorough investigation of his catalogue, this collection documents Werber’s attempts to create a Brill Building-like production line of writers, producers and acts, though focused on the new folk-rock San Francisco sound. His flagship artist in this regard was the hugely popular We Five, and the comp includes rare mono single and album mixes not previously on CD. Cuts by the Mystery Trend, Sons Of Champlin and Blackburn And Snow are also previously unissued rarities that are not featured on their respective anthologies.

Werber believed in nurturing his handpicked acts, and we have included his best examples here, such as the Justice League, the San Franciscans, the Front Line and the Tricycle. Outside of We Five, none of Trident’s acts had any success. Yet, although Sing Me A Rainbow contains 95% unissued material, it is a surprisingly strong and accomplished set of folk rock, pop and garage band sounds with a San Francisco flavour. There is also a rare folk rock experiment by Kingston Trio member John Stewart and selected demos by hopefuls who auditioned for Trident, including Thorinshield, The All Nite Flight and The New Tweedy Brothers.
by Alec Palao 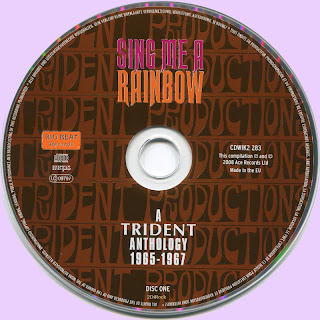 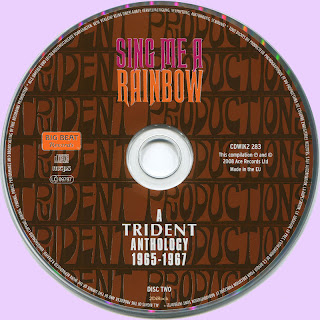