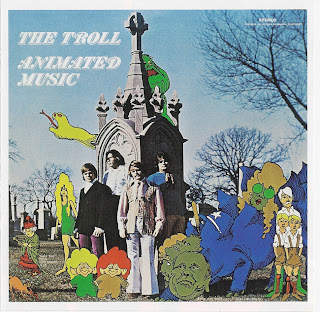 Part of the whole Chicago late-60s psych scene alongside their similarly well-produced Dunwich stablemates H.P. Lovecraft, The Troll released a few near-hit singles before this album. Originally released on Mercury's Smash sublabel, this got not a whole lot of attention in its day...and that's sad, because there was a goodly bit of psychedelia that probably shouldn't have made it to the surface before this. It's quality, although one definitely can tell it's a 'period piece'. Still, if it's a fine 60s flashback you need, just drop this one on...

...and you're greeted with fine fuzz and ticktocking percussion from the start of side one, with "Satin City News". Now, it should be noted that the lyrics here tend toward a political and cynical bent...which is about par for much of the album. In amongst the psychedelia, there's a certain darkness on "Animated Music", although nothing that would tend to bum one out.

That same acerbic political tack continues on "Mr. Abernathy", with its classic trem-guitar and poppy horns. While the tale on this track is certainly one of American political scandal, etc, the sound...in fact, the sound throughout the album...is very British. It's not the sound you'd associate with Chicago at all, really...but something more Abbey Road-ish, with tinges of early Floyd here, a dash of Moodies there, and lots of tape spooling around ala Sir George Martin's production methods circa "Sgt. Pepper".
by Lugia 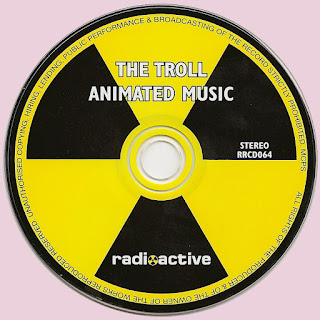 Free Text
Just Paste
Posted by Marios at 7:17 AM 8 comments: