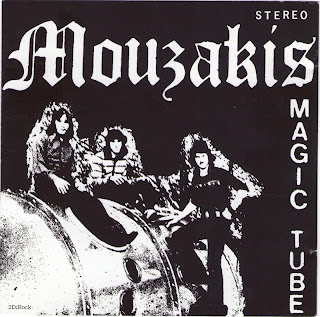 Mouzakis were an East coast basement garage psych group and this is their full LP from 1971. The band started with R&B rock standards, adapted on its way bits of rock’n roll, early rock, and stayed mostly rather on the edge with a more garage rock sound. They learned songs like from Animals, and did a cover from Blues Magoos.

Groups of that time like The Who, Animals and even the Rolling Stones very much liked to keep that rawness of garage alive in their more into the 70s directing rock expressions, also Fabulous Pharoahs and Mouzakis fitted with that approach.

The tracks are a bit longer and especially the first two tracks show complex rhythm use in combination with their adapted R&B influence into rock territory. “Magic Tube” has a complex fast rhythm, (bass and drums) almost funky in its bluesy rock way, while on top is slower bluesy singing, with rhythm guitar, creating a unique kind of complexity I have not heard elsewhere. “Rock Around the clock” with additional organ parts continues a bit in the same direction.

Fred Dawson opined 'after trying to get 4-5 people to agree on 'stuff to play,' we ended up as a three piece band. What we lacked in personnel we made up for in amplification.' Magic Tube, very much the rough and ready hard garage psych album, features almost complete material from the collective pen of Dawson and Stevenson.

Of the band, one critic was moved to proclaim 'Mouzakis has to be heard to be believed. They are totally unique...and as a trio, they accomplish more in their sound than groups double their size!'" Two of the members continued to play under the name Capon until the 80s. 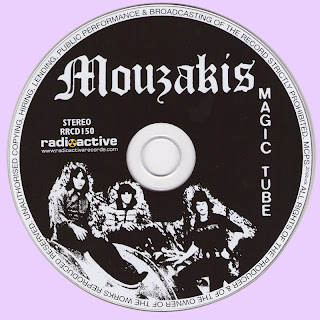 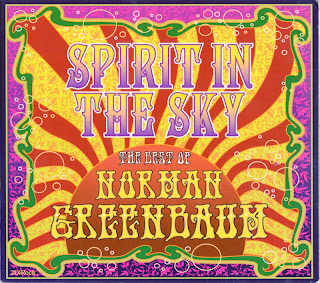 Norman Greenbaum was born November 20, 1942, in Malden, MA. He began his musical career while a student at Boston University, playing area coffeehouses before relocating to the West Coast during the mid-'60s and forming a kind of psychedelic jug band dubbed Dr. West's Medicine Show and Junk Band. After issuing the 1966 single "The Eggplant That Ate Chicago," which fell just shy of reaching the Top 50, the group disbanded, and Greenbaum subsequently formed a series of short-lived acts before finally returning to his solo career in 1968.

A year later he issued his debut LP, Spirit in the Sky, releasing several unsuccessful singles before reaching the Top Three with the smash title track, which sold some two million copies. It proved to be Greenbaum's only hit, however, as follow-ups like 1970's "Canned Ham" and the next year's "California Earthquake" tanked; after the release of 1972's Petaluma, he retreated from music to focus on his California dairy farm, but returned to show business during the mid-'80s in a managerial capacity, also promoting a number of concerts.
by Jason Ankeny

"Spirit in the Sky" was a classic one-shot hit: an unforgettable fuzz guitar riff, those eerie descending glissando psychedelic guitar effects, a soulful female backup chorus, and a rare gospel-rock song that explored a religious theme without sounding dogmatic or sappy. Greenbaum had more depth than the usual one-shot artist, but the fact is that he never came up with anything else remotely on the level of "Spirit in the Sky," as this 15-song anthology demonstrates.

He was a witty, droll songwriter with slightly absurd tunes that didn't quite descend into novelty, as on "Canned Ham" and "The Day the Well Went Dry." Selections from his early-'70s Reprise albums comprise most of half of this disc, and they're amiable, mildly humorous good-time rock that isn't even as penetrating as the rawer and goofier stuff he did before his solo career as the leader of Dr. West's Medicine Show & Junk Band. Four Dr. West songs are on this CD, including the minor 1966 hit "The Eggplant That Ate Chicago," as well as a previously unreleased 1977 recording, "The Day They Sold Beer in Church."
by Richie Unterberger 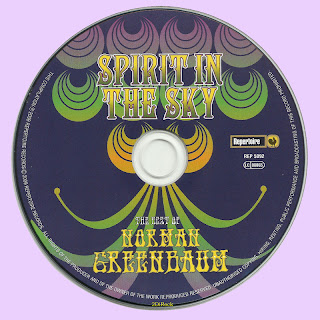 Free Text
Text Host
Posted by Marios at 2:30 AM 10 comments: