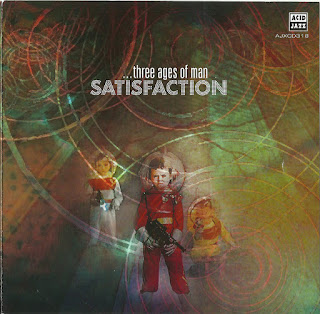 Lucas and the Mike Cotton Sound were a British R'n'B band who never broke through as recording artists but enjoyed a successful run playing clubs and college dates. However, in the late '60s they decided it was time to move on to something more creatively ambitious, and the group evolved into Satisfaction, who divided their energies between original material and idiosyncratic arrangements of popular rock tunes. A six-piece band with a three-man horn section, Satisfaction walked a fine line between jazz fusion, progressive rock, folk-rock, blues rock, and the brassy stylings of Chicago and Blood, Sweat & Tears, and all of these elements dance around one another on Three Ages of Man, the group's long-lost second album, recorded in 1971 and 1972 but not released until it was discovered by Richard Searle of Acid Jazz Records in 2014.

The opening track, "My Fixation," sounds like an arty variation on Cream with the addition of a horn chart, the closing reprise is a nearly nine-minute epic with plenty of guitar heroics from Derek Griffiths, and their instrumental take on "House of the Rising Sun" is dominated by Nick Newall's flute, including a coda that finds him riffing largely unaccompanied for over three-and-a-half minutes. However, while chops-intensive daring-do dominates Three Ages of Man, for the sake of contrast the album does feature a few more subdued guitar-and-vocal features with thoughtful lyrics, most notably "One Man Band" and the title track, and the band kicks the more complicated stuff to the side for the hard rock bombast of "Liar Liar."

Three Ages of Man often seems a bit too pretentious and overdone for its own good, but there's no arguing the instrumental virtuosity of this band, and the scope and ambition of this music is a vivid evocation of the time and place in which it was created. Hike up your bell bottoms, grow out your moustache, and play this good and loud.
by Mark Deming 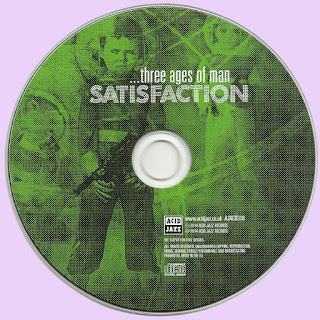 Free Text
Text Host
Posted by Marios at 9:14 AM 11 comments: