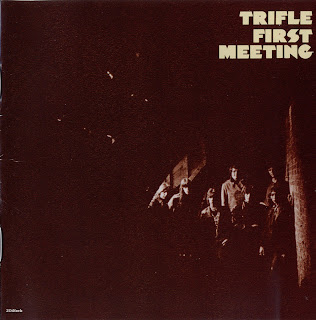 The late sixties and early seventies were incredibly productive times for rock music with more scenes than you could shake a stick. There seemed almost to be three distinct breeds of Progressive rock – the folk and classical based movement typified by the Canterbury set, the Blues based bands like Taste or The Groundhogs and the crossover bands like Colosseum or, in this case Trifle.

Trifle only ever made one album and it has been a collectors item for years and I think that this is the first CD issue of the album and it really is a bit more than just a curio. The songs like ‘Alibi Annie’ are fairly typical of the time, the lyrics are less than deep but they serve to create a baseboard for the musicians and the quality there is really something. Because the horn section of Barry Martin (saxes), John Protchard (Trumpet) and Dick Cuthell (Trumpet) are an integral part of the band the music is written with horns in mind and this creates a more powerful and subtle sound. Not that George Bean’s guitar or vocals are weak, they aren’t and Speedy King works well with Rod Coombes to anchor the rhythm section.

The best numbers are those where they try to create something unique and they hit the spot on ‘Is It Loud?’ with the horns in a very jazzy space and the keyboards meandering beautifully all creating a mesmerising sound that is a combination of Nucleus and ELP if you can imagine such a thing. ‘Old Fashioned Prayer Meeting’ has a gospelly and funky feel to it and ‘New Religion’ is very dark and moody and there is a touch of menace about the number but the standout track on the album is undoubtedly ‘Devil Comin’ – which has more than a touch of voodoo about it and a beaten rhythm that chills the listener..

As a bonus we get ‘Dirty Old Town’ which was the b-side to their single ‘Prayer Meeting’ and probably could have been a hit in its own right. Overall a good album with more than a few touches of real brilliance and about time it was re-issued.
by Andy Snipper 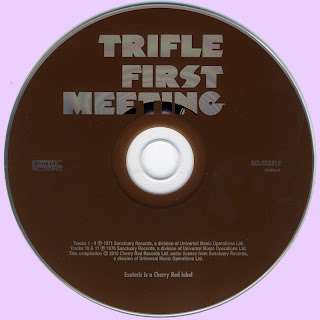