Nirvana And Patrick Campbell Lyons - Me And My Friend (1973 uk, wonderful melodic silky rock with some prog shades, 2017 remaster and 2001 with bonus tracks) 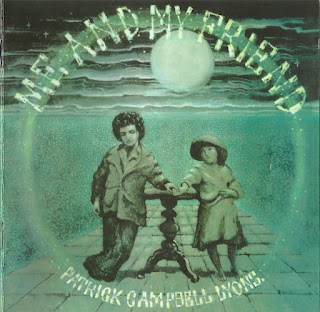 Patrick Campbell Lyons formed Nirvana in the still-swinging London of the late-60s, together with Alex Spryropoulos. In 1968, signed to Island Records, they charted with 'Rainbow Chaser', a classic slice of pop psychedelia.

This was originally released in 1973 as a solo album featuring several friends and studio musicians, but was reissued in 2001 as a Nirvana (UK) CD in the wake of a renewed interest in the band. This was partially a result of an earlier temporary reunion of Campbell-Lyons and original member Alex Spyropoulos, but in all honesty was probably just as much a byproduct of lingering confusion between this band and the much more well-known grunge group Nirvana (US) following the sensational death of Kurt Cobain. Nirvana (UK) had even succumbed to the temptation of capitalizing on their second 15 minutes of fame by recording an acid folk version of Cobain's "Lithium" on their 'Orange and Blue' collection shortly after Cobain's passing.

Campbell-Lyons put together this collection of original songs during a hiatus of island living off the coast of Spain in the early seventies, and following the dissolution of the original Nirvana lineup. The themes are mostly about relationships and experiences during this period, including the poppish acid folk ditty "Friends" in tribute to several acquaintances he made during this time; "Look Out For Cassius Clay" for John Conteh, a boxer he befriended while in Spain; and the organ-laden "Mother England" on which he put a poem of the late Dominic Behan by the same name to music.

The mood on these tracks is decidedly more upbeat and light-hearted than the last couple of Nirvana albums, and the arrangements are considerably closer to pop than most of the stuff he Campbell-Lyons and Spyropoulos recorded together. But at the same time there isn't nearly as much going on musically as there was on those records either, not surprising considering acid folk was rather passé by the mid-seventies and anyone from that period with hopes of still getting records released needed to move much closer to the center of the musical spectrum. Campbell-Lyons shopped these tracks to Capitol and British labels, eventually getting a nod from the fledgling Sovereign Records. Unfortunately for him, the label folding shortly after this release leading to a quick deletion of the album from any active catalog or distribution vehicle.

After achieving short-lived success, Patrick decided to pursue a less structured direction and signed to the fledgling Vertigo label. In 1970 his solo album 'Local Anaesthetic' was released.

In spite of this, and also work as a talent scout and producer for the label, Patrick remained restless and in 1972 sailed to Majorca on a friend's boat where he got together songs to be featured on his second solo album 'Me And My Friend'.

Released in 1973 on EMI's Sovereign label, it features Bobby Harrison and Micky Moody (who formed the band Snafu) and former Nirvana cellist Sylvie Schuster. The 2017 is re-mastered and expanded (with 2 extra tracks), and booklet features an essay by Malcolm Dome including an exclusive interview with Patrick Campbell Lyons. 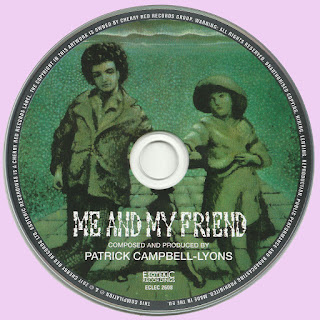 Free Text
Text Host
Posted by Marios at 10:06 AM 4 comments: