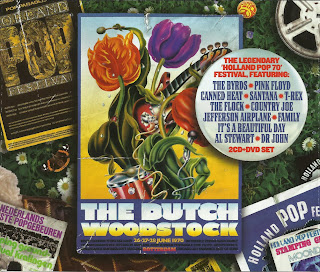 Woodstock and Altamont pretty much covered what can go right and what can go wrong at a large rock festival in America. Meanwhile, over in Europe, music festivals began cropping up left and right, with varying degrees of success. The Isle of Wight, Bath and Lincoln festivals in 1969 and 1970 brought together some of the biggest names of the day. And then there was the 1970 Kralingen Music Festival in Rotterdam. Amongst the range of popular British and American artists were some wildly eclectic acts, many shrouded in obscurity that belied their talents. The three-day festival, infused with marijuana and optional clothing, was alternately know as the Holland Pop Festival and Stamping Ground (!). Now with highlights captured on a double-CD, single DVD set, you might as well just call it The Dutch Woodstock.

From America, you had Jefferson Airplane, Canned Heat, Santana and Country Joe — all original Woodstock veterans — along with the Byrds, It's A Beautiful Day, Dr. John and the Flock. The British artists included Pink Floyd, T-Rex, Al Stewart, Soft Machine, East of Eden, Quintessence and Family. So, there was this mix of psychedelic blues and progressive rock for the 120,000 people to groove on. The two CDs feature what is apparently the best of what they could put together, seemingly from numerous sources and locations. Three rough and ready blues acts — Cuby & The Blizzards, Canned Heat and Livin' Blues — start it off before Al Stewart steps up and plucks out "Zero She Flies" before an audience of what sounds like three or four. Maybe six.

The whirlwind prog of Quintessence and East of Eden (or maybe it would be Family's Roger Chapman and his piercing vocals on "Drowned In Wine") could make your head spin in either ecstasy or muckiness, depending on how weird and out-there you want to get. One can only imagine the audience's reaction to Soft Machine's "Esther's Nose Job." Then again, when you have Pink Floyd headlining — and they were brewing up their own batch of quirkiness with "Set The Controls For The Heart Of The Sun" and "A Saucerful Of Secrets" — you have to pepper the bill with similar groups. Which, of course, does nothing to explain the addition of the San Francisco groups.

At this point in time, Santana was on fire, and their blast through "Gumbo" is most definitely on par with their "Soul Sacrifice" performance at Woodstock. It's A Beautiful Day, known mostly for their breezy hit, "White Bird," unleash a fiery psychedelic jam on "Wasted Union Blues" (singer Patti Santos was just as alluring as Grace Slick). Country Joe plays it safe on the acoustic "Freedom" (no "Fixin' To Die" for this crowd), while Jefferson Airplane soars on "White Rabbit" and "The Ballad Of You And Me And Pooneil." All in all, it's easy to see that each of these artists, since Woodstock, had become a little more weathered and professional.

The best part about this set is the DVD, a 97-minute film that vividly captures the event in all its psychedelic glory. The close-ups on Santana, Pink Floyd and Soft Machine, among others, are intense and as well edited as the Woodstock film. However, watching Al Stewart strumming away on "Zero She Flies" (yes, there are more than six people in the audience) or seeing It's A Beautiful Day jam out on "Wasted Union Blues" in the midst of a windy rain storm certainly gives one a better sense of the festival and its surroundings. Well that, and the numerous non-musical interludes that portray the concert as the idyllic, hedonistic utopia of the early 70s. Without seeing everything, you're almost led to believe The Dutch Woodstock is everything the original Woodstock set out to be and more. Oh, what heady days they were.
by Shawn Perry 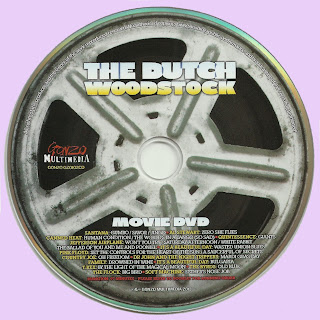 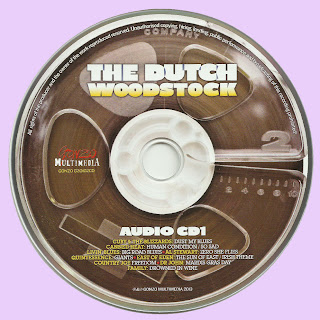 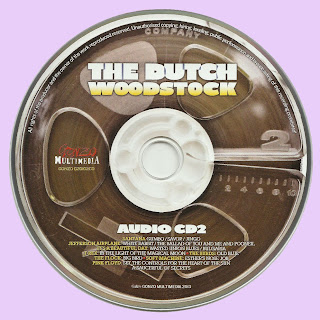