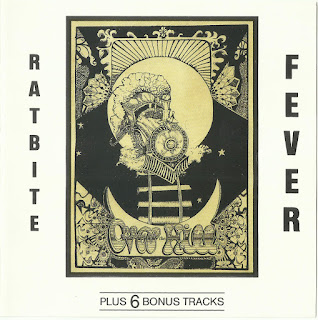 The band was formed initially in Bristol in 1972, to perform original, and melodic material. To begin with, the group was a trio, comprising John, Roy, and Nick Howell.

These three joined Magic Muscle in January 1973, to perform "heavy" music, as an alternative to making no progress, but left in July 1973 to reform Over The Hill as a four-piece, including Peter Roe. This line up rehearsed until Christmas 1973, and played its first gig in Cambridge during January 1974. Drummer Nick Howell left the band in March, and was replaced by Alan Platt.

The Grateful Dead's Robert Hunter worked with the band in 1974, when creating his "Rum Runners" songs, and is actually singing on "Ratbite Fever" (The title track). In 1974, the band produced a complete LP, but it has taken 16 years for real music-lovers to get the opportunity to hear it. SPM is delighted to present on this CD, the complete studio sessions, plus several live tracks, from the fabulous Over The Hill.
by Claus Kriebitzsch, April 1990

Despite the low quality of the studio recordings, the album deserves a closer approach. 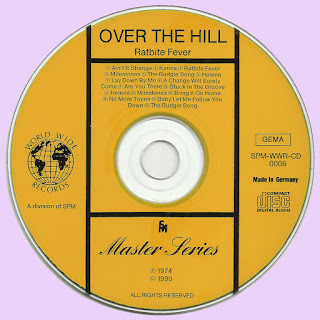 Free Text
the Free Text
Posted by Marios at 10:41 AM 4 comments: