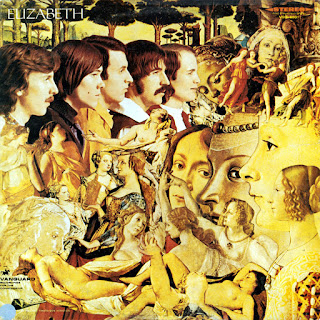 In 1968, the band recorded and released their self-titled album on Vanguard Records (produced by Sam Charters). Vanguard's artist roster at the time included Joan Baez, Buffy Sainte-Marie and Country Joe and the Fish. Elizabeth performed with Cream, Blue Cheer, Joni Mitchell, Ritchie Havens, The Chambers Brothers and many other musical luminaries of that era. Some of the bands' many Philadelphia area performances included concerts and sets at: The Main Point, The Second Fret, The Electric Factory, and most Be-INs at Belmont Plateau in Philadelphia's Fairmount Park.

As the band was starting to come together (nameless at that point), Steve and Robert "Stewkey" Antoni, band mates from Newport, RI, made an unexpected stop in Philadelphia on their way to Florida. After a week in the City of brotherly love, they decided to forgo Florida and help form Elizabeth. Some interesting guitarists auditioned for the band, including future rock star Todd Rundgren who was with Woody's Truck Stop at the time; and, Nick Jameson, soon to be a founder and guitarist of The American Dream (both were Philly bands).

Within a month or so of landing in Philadelphia, Stewkey left Elizabeth to join Todd's new band, The Nazz. Of note, Linda Cohen, a Philadelphia classical guitarist, was Elizabeth's first drummer (briefly). During the spring and summer of 1969, she teamed up with Michael Kac from Mandrake Memorial and, together, performed as a classical-pop fusion guitar-harpsichord duo. Linda died in 2009 of lung cancer. Mandrake Memorial and Elizabeth shared the stage many times.
Retro Revolution 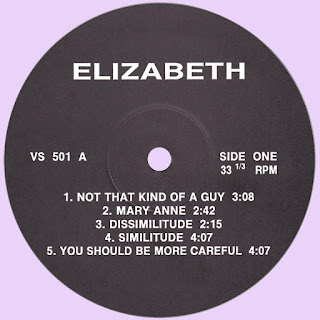 Free Text
Just Paste
Posted by Marios at 5:00 AM 13 comments: