Don Preston And The South - Hot Air Through A Straw From (1969 us, spectacular country folk bluesy psych rock, 2017 korean remaster) 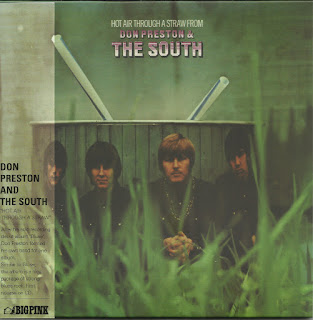 Preston was born in Denver, Colorado, and moved to Whittier, California at age 8. He started playing guitar and sang in the Sewart-Barber Boys Choir. By age 11, he was performing with a traveling youth troupe, the Cactus Kids, that performed at store openings, company parties, and USO clubs throughout Southern California.

In the 1950s, he performed with The Penguins, The Coasters, The Olympics, The Jaguars, Ritchie Valens, The Righteous Brothers, Gene Vincent, Don Julian and the Meadowlarks, and Jessie Hill, among others.

In the 1960s, his band, Don and the Deacons, played at the Cinnamon Cinder, a North Hollywood club owned by Bob Eubanks. From there, he joined The Shindogs with Joey Cooper, Chuck Blackwell, Leon Russell, and Delaney Bramlett.

He performed and recorded in the 1970s with Leon Russell (including Carney and Leon Live), Joe Cocker, Mad Dogs & Englishmen (album), and on the The Concert for Bangladesh. He also recorded and performed with Freddie King, Ricky Nelson and JJ Cale.

Preston recorded two albums on A&M Records, both produced by Gordon Shryock. The first was Bluse (1968), and the second was Hot Air Through A Straw (1968) by Don Preston & The South with Bob Young, Casey Van Beek, and Bobby Cochran. He also recorded an album on Stax Records titled Still Rock (1969), as well as solo albums on Shelter Records Been Here All The Time (1974) and Sacre Blues (1997) on DJM Records.

Not to  been confused with another rock musician named Don Preston, a keyboardist for Frank Zappa and The Mothers of Invention. 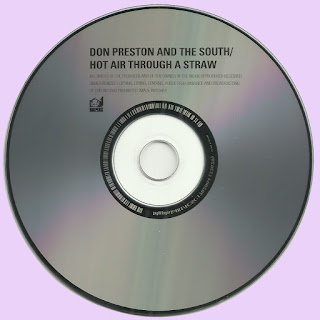 Free Text
Text Host
Posted by Marios at 10:34 AM 3 comments: