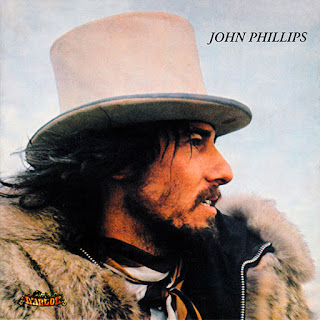 Whilst best known for being lead "Papa" at The Mamas And the Papas, John Phillips has a recording career rijat stretches either side of .their commercial breakthrough. Beginning in I960, Phillips progressed from The Smoothies to The Journeymen (with Scott McKenzie) to The New Journeymen (with Michelle Philiips), all the while honing his songwriting skills to the point where The Kingston Trio were recording his songs.

He formed The Mamas And The Papas in 1965 to record his most pop-oriented compositions “California Dreamin;”, ''Monday Monday", and "Creeque Alley" were all huge hits; and he gave his fellow Journeyman -Scott McKenzie the 1967 anthem "San Francisco (Be Sure To Wear Flowers In Your Hair)". The same year he helped organise the “Monterey Pop Festival” , but in 1968 The Mamas And Papas came to a halt. Phillips resurfaced in May 1970 with this album on Dunhill records, which combines echoes of his hit group with country and western influences, utilising the skills of renowned country pickers like James Burton and Mike Nesmith's pedal steel player O.J. “Red” Rhodes.

However the album only reached 181 on the Billboard charts, and Phillips returned to The Mamas And The Papas for a "reunion" album, though their contributions were taped separately. Through the seventies Phillips became immersed in drug addiction, involving himself only in an album by his third wife Genevieve Waite, a single of his own, “Revolution On Vacation", and some tracks by Michelle Phillips.

Plans were made for a solo album, with contributions by Mick Jagger and Keith Richard, but came to nothing, and in 1981 he was convicted of drug trafficking. After rehabilitation he formed a new Mamas And The Papas to tour the old songs and while no new albums have emerged, Phillips co-wrote the Beach Boys' hit “Kokorno'” in 1989 with Scott McKenzie, Mike Love and Terry Melcher. 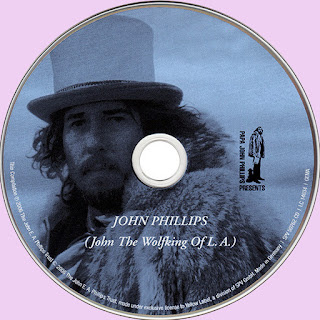 Free Text
Text Host
Posted by Marios at 7:11 AM 11 comments: