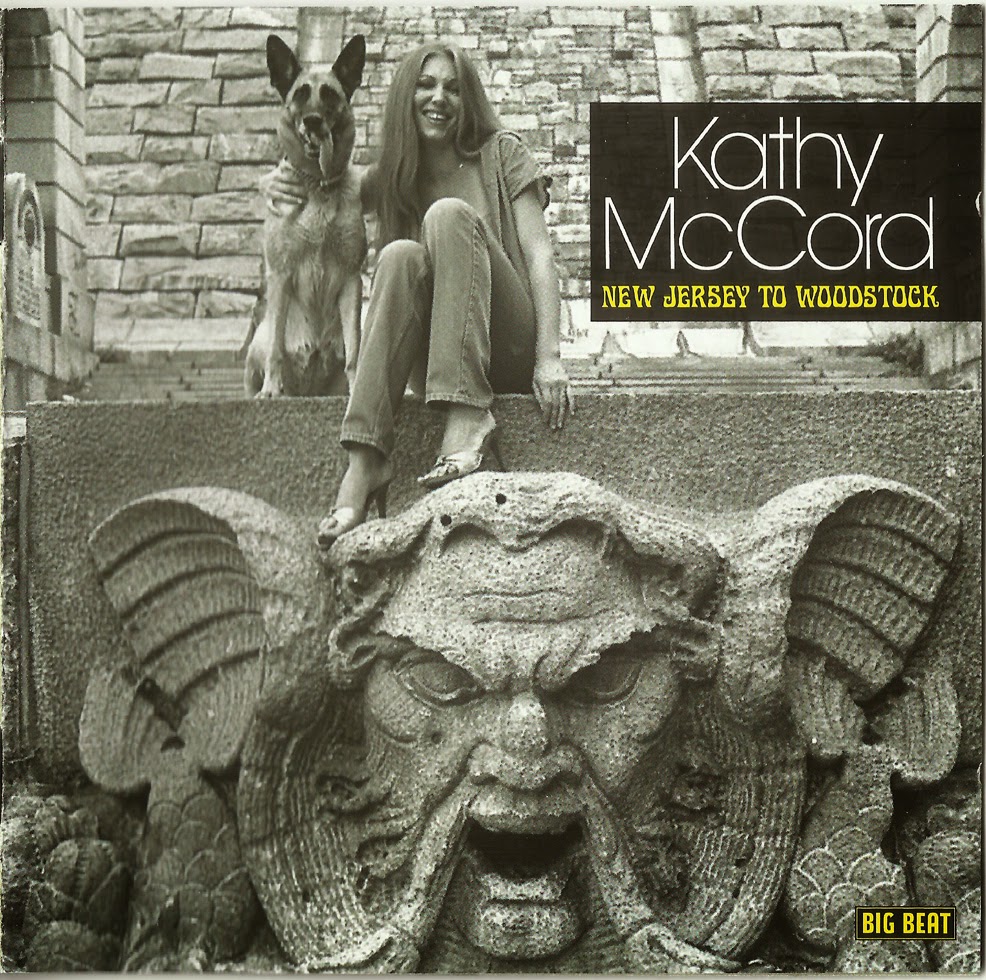 Had events taken a different turn, Kathy McCord might now be regarded as a 60s pop icon, rather than a cult heroine. It was her early mentor Chip Taylor’s intention that she would record the original of the now-classic ‘Angel Of The Morning’, but his partner Al Gorgoni favoured Evie Sands. Instead Kathy got to record a single for their Rainy Day label in 1968 that fell stillborn from the presses.

A year later, Kathy became the first non-jazz artist to be signed to Creed Taylor’s renowned CTI imprint. Her eponymous album featured musicians of the calibre of John Hall, future founder of Orleans, on guitar and flautist Hubert Laws. Its ethereal beauty failed to reach its intended audience, and it was not until years later – decades, even – that it started to achieve a belated recognition, particularly among those who enjoy the works of such McCord peers as Nick Drake and Vashti Bunyan. Copies of the original LP have crept up in price and nowadays fetch a pretty penny when offered for sale. A limited edition Japanese CD from the mid-90s sold out almost before it hit the streets.

In the 21st century, the cult of Kat continues to snowball. When the opportunity arose for Ace to license and re-reissue “Kathy McCord”, we jumped at it. She is, after all, family by relation – her big brother Billy Vera has long been part of the Ace team, as both compiler and annotator. Billy is a thrilled as we are that we’re able to give his little sister the treatment that her small but mighty catalogue deserves. It was Billy who approached her on our behalf to see if she had unissued material lurking in corners or cupboards that we could use to make that catalogue even bigger.

To everyone’s delight, Kathy trawled through her tapes and found 16 tracks that make up CD2 of this set. The fi is not always hi on these, but her abundant talent shines through on each and every one of them. They were recorded at various times during the 1970s, while Kathy was living in Woodstock and hanging out with the likes of the Fabulous Rhinestones, Amos Garrett, Paul Butterfield and assorted members of the Band – most if not all of whom can be heard in this half of our programme.

Listening to the repertoire of “New Jersey To Woodstock”, it’s quite incredible that Kathy never got the kind of breaks that were afforded to considerably less talented contemporaries of hers. She had the look, and the looks. She wrote most of her own material and sung it with supreme confidence and soulfulness. Her lack of success can only be down to a matter of being on the wrong label, or in the wrong place, at the wrong time. But it’s never too late to travel from New Jersey To Woodstock, so buy your ticket and let Kathy McCord make your journey worthwhile.
by Tony Rounce 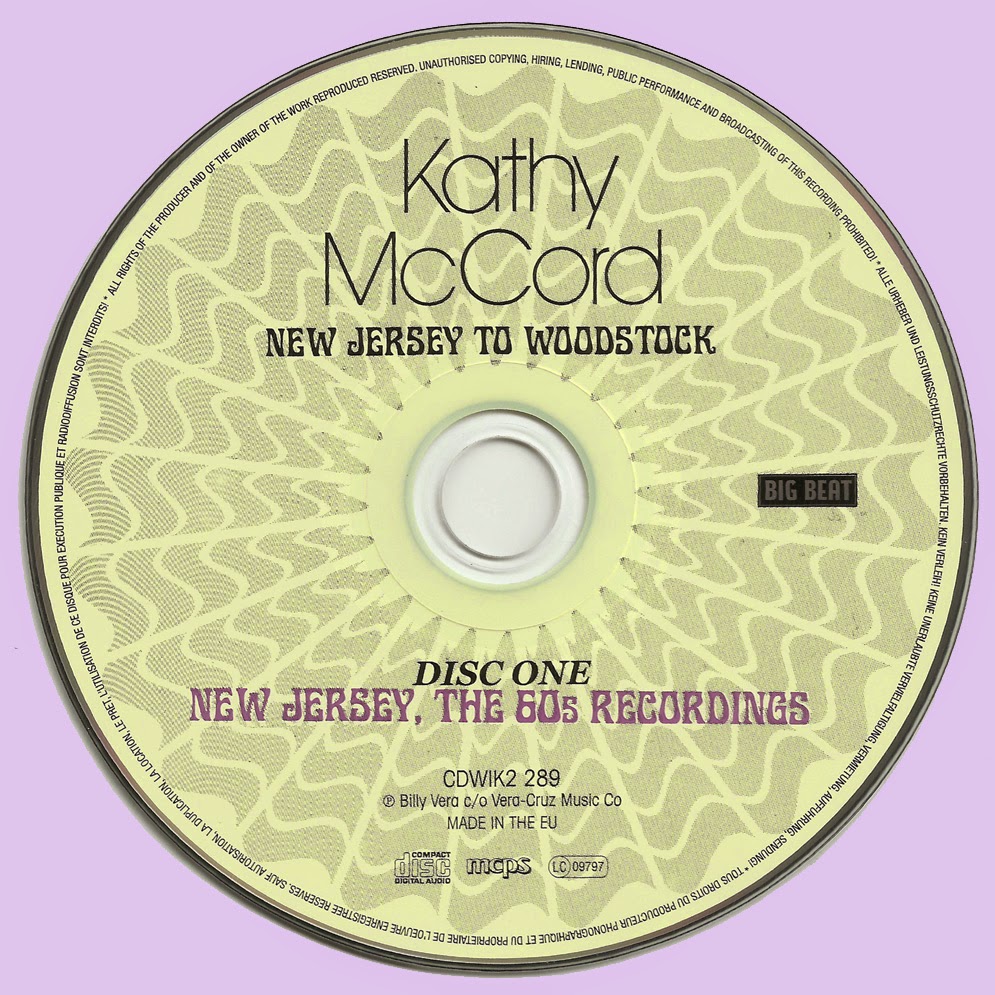 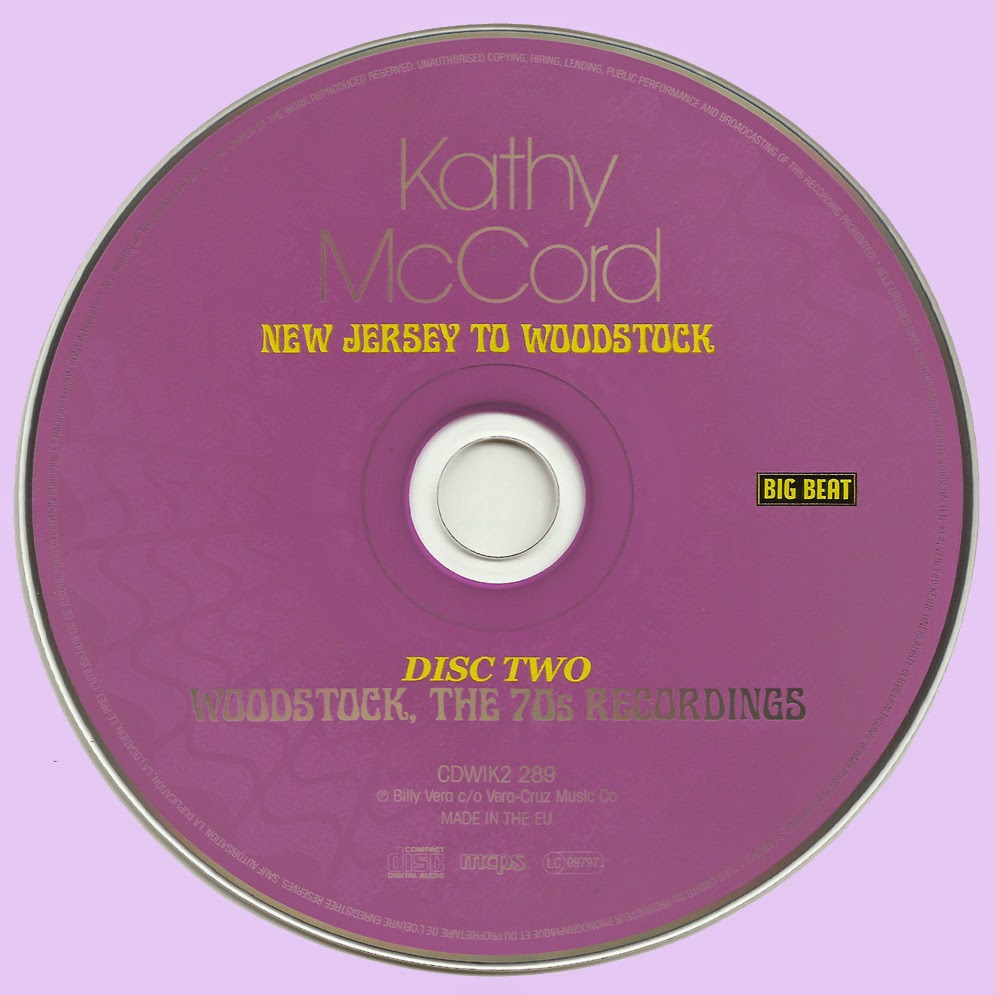