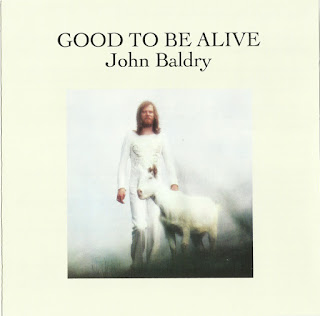 Long John Baldry was born on January 12, 1941, as Hitler's Blitzkrieg terrorized his hometown of London. In hindsight, being born in the blitz may have been nature's way of preparing young Baldry for the volatile roLlercoaster of a life and career in music. A commanding presence on stage, the six foot seven, white, gay, Englishman deftly switched between affected, Noel Coward-like stage banter to a singing voice not unlike a Mississippi gravel road.

Could there be a more unlikely candidate for the title: "Father of the British Blues movement"? Baldry was already legendary for his sets with Cyril Davies at London's Eel Pie Island when he discovered young Rod Stewart wailing on a harmonica at Twickenham Rail Station. Later, alter shifting to pop with the chart-topping UK hit, "Let The Heartaches Begin", in 1967, he acquired Bluesology as his touring band, impressing their keyboardist Reginald Dwight enough to adopt stage name to Elton John, in tribute. But Baldry s pop success had alienated his original fan base at a time when many of the bands he'd inspired — the Rolling Stones, Fleetwood Mac, The Yardbirds and Savoy Brown — were beginning to establish UK Blues rock in America.

To add insult to injury, Baldry's descent into irrelevance began just as his two star proteges, Rod and Elton, were becoming international superstars. He'd strayed from his roots and needed help if his career would have a second, or third, act. Rod and Elton, feeling a debt of gratitude, agreed to not only help their mentor come back in the UK, but to introduce him to the USA in style.

The plan was to reestablish Long John Baldry as a rocking bluesman with a trilogy of return-to-roots albums. The first of these, ItAin'tEasy (1971), featured one side produced by Elton and the other produced by Rod. It Ain't Ecuty fulfilled its mission, and Stewart's manager Billy Gaff (through his own label, CM Records), arranged a deal with Warner Bros securing a major US release on Warner Bros, garnering him US FM radio airplay and his first US tours. But alter Elton & Rod teamed up again for the followup, Everything Stopj For Tea (1972), Warner Bros began to see diminishing returns and did not pursue another.

Since Elton and Rod were by now far too busy, Gaff entrusted his house producer, Jimmy Horowitz who had executive produced the Warners albums, and who had replaced Elton in Bluesology, for the third try, Good To Be Alive. Horowitz recalls the sessions at IBC Studios in London. "We had good musicians," says Horowitz, "and everybody plaved well. They were actually some of the most comfortable, and fun, sessions we ever did. Baldry concurred in a later interview with Steve Peacock; "We took it at a much easier pace than the ones 1 did with Rod and Elton, where it was bash, bash, bash for a couple of weeks, simply because they didn't have much time to spare."

Horowitz brought back his own wife, singer Lesley Duncan, and guitarist Sam Mitchell, and adding powerhouse singer Liza Strike was brought in as a powerful foil for Baldry on the Gram Parsons song, "She." In addition to two rare songs by Baldry himself, "Aiaggie Bell", and "Song For Martin Luther King", the singer and Horowitz handpicked songs like Zoot Money and Colin Allen's "Good To Be Alive", Bo Diddley's "Let Me Pass" and Rod Stewart's "Gasoline Alley". "I remember Roddy turning up one night when we were recording the backing vocals to 'Gasoline Alley'," says Horowitz, "and he was fucking blown away!" Horowitz owes much of the "communal feel" of the sessions to the fact that both he and Baldry lived quite close to IBC studios, in Muswell Hill, and notes that the album's original cover photograph, featuring the singer at home with his pet goat, summed it up perfectly. "We used to call the album 'Goat To Be Alive'" laughs Horowitz, adding that the convivial atmosphere in the studio was occasionally broken by the singer's unpredictable mood swings. Depression had returned, in private at least, if not audible on the joyous album he was making.

GM Records issued Good To Be Alive in the UK only, in 1973. Despite some initial buzz for the single "She", the record, as strong as it was, failed to close the circle that the first two blues comeback albums had begun. It would be two years before Gaff arranged for an American release, via Neil Bogart's Casablanca label, but the moment had passed. After another album, Welcome To Club Casablanca, in 1976, Baldry's career stalled, heralding the start of another period of depression for the singer that wouldn't abate until his emigration to Canada where his first album for Capitol, Baldry’s Out, was a minor hit in 1979.

But Baldry archivist Jeff Edmunds believes that, had Warner Bros issued Good To Be Alice in 1973 as planned, it might have cemented his reputation in the United States. "John often said it was his favourite," says Edmunds, "because it was really the first album where he'd truly merged his folk, blues and roots-rock sides. It would be nice if it were someday recognized for its greatness."
by Paul Myers 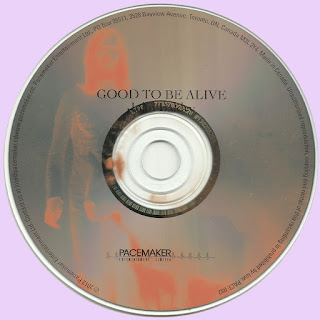