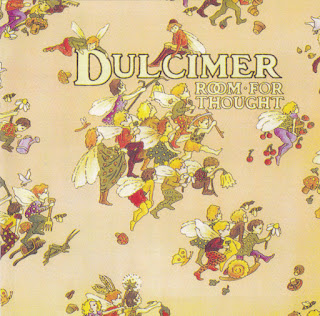 Dulcimer consisted of singer/guitarists Dave Eaves and Pete Hodges and bassist Jem North.  The trio apparently began working together in 1966 - 67 attracting some local attention before relocating to London where they found a mentor in actor Richard Todd who seems to have helped them score a contract with the small UK Nepentha Records.  (For some bizarre reason Mercury Records subsequently deciding to acquire American distribution rights.)
Released in 1970, the oddly titled "And I Turned As I Had As a Boy" found the group teamed with producer Larry Page (best known for his work with garage rock acts like The Troggs).  Similar to early Fairport Convention, Steeleye Span, or a score of other early-1970s UK bands, this was best described as classic English acoustic folk-rock.  At the same time these guys differed from their competition in several ways.  Whereas Fairport and others were big on updating traditional folks songs, Dulcimer's LP featured all-original material.
The band's 1971's follow-up "Room for Thought" was immediately shelved and didn't see a release until two decades later when the small Background label acquired rights to it. Although Room for Thought is not quite as bewitching as Dulcimer's debut album, it is far more enigmatic. Recorded, then shelved for twenty years, it puts the listener in the position of having to imagine it's presence in the world in which it was created. It could perhaps be considered typical of the era, but it's delicately wise. 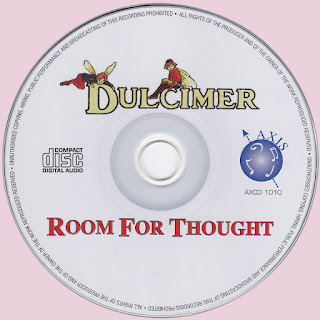