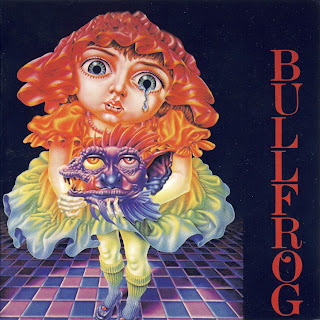 Ali Haimatoglu, one in the former Munich music scene established and well accepted drummer has been instructed in 1973 by the owner of a cinema chain to assemble a band. Quick the core-group was fixed, it have been people with already long years of musical experience

- Sebastian Leitner, guitar, born on 17.01.1953 in Freilassing, played in various amateurbandssince 1967 and at least in the Austrian professional band Lazarus Round.

- Harald Kaltenecker, Keyboard, born 10.01.1950 in Munich, has been in numerous bands.amongst others in the ..International Beat & Soul Group" RIGHT TRACKS and at last with the Munich band Dream.

- Vincent Trost (died 2006), bass, born on 27.06.1942 in Stuttgart, was the most experienced musician, not only due to his age. Early 70's he did :,small time" with his own band The German Four across Germany and the border countries.

Ali Haimatoglu himself has been the first drummer of the band, but didn't stick to the band very long. His followers have been first Seppl Niemayer (went later to Octopus), then Bruno Perosa. Also he lived together with the other bandmembers in a musical-flat-share, the legendary ,,Dampfmolkerei" of the 300 people location Burkhards.

With this cast they went 1976 to Conny's, the studio of Conny Plank. He was exalted of the demos and recommended them immediately to Sky Records in Hamburg. A record deal has been signed and the first album recorded.

Due to the fact that in the already two bands with the name Bulldogg (US) and Bulldogg Breed (UK) did exist, therefore their record label recommended the name Bullfrog. Under this name the first album appeared in Autumn 1976, the album cover was created by the Japanese painter ant artist Aoi Fujimoto.

The first Bullfrog release was very successful and appeared parallel ti the German publication also at the US Company Annuit Coeptis. Amongst excellent groups Bullfrog now belonged to the most promising newcomer bands of the German Rock scene. This has lso be proven during their live gigs, which were not only acoustic but also optic a class of it’s own.
from CD Liner-notes 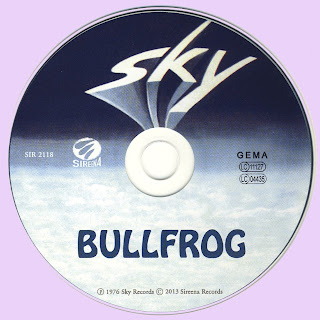