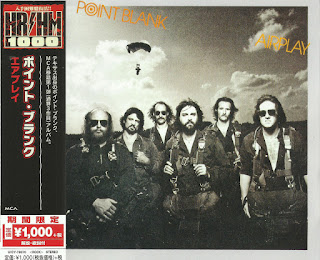 Point Blank's second album, the aptly-titled Second Season, disappeared without a trace, which meant that they needed one thing from their third -- airplay -- so they could get some success underneath their belt. Maybe that's why they titled the album Airplay. Even if their motivations weren't so clearly crass and commercial, there's little question that the focus on Airplay results in a quantum leap over their meandering debut.

Here, it's pretty much polished hard rock boogie, best heard on the opening track "Mean to Your Queenie." The rest of the album is undeniably slick -- something that comes as a shock after the roughshod and scattershot debut -- but that slickness gives the production coherence and helps focus the band. A  late-'70s album-oriented hard rock, this is pretty entertaining since it has a good surface lined with keyboards and hot distorted guitars and they touch on enough different sounds, not just boogie, but power ballads ("Shine On" is particularly good) and Southern-tinged mid-tempo rockers. A step in the right direction, then, and easily one of the best records this forgotten Texas rock band cut.
by Stephen Thomas Erlewine 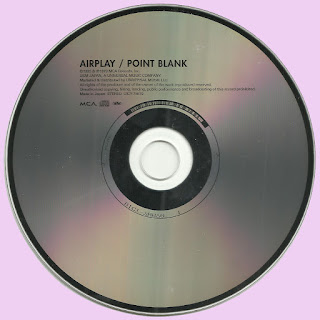 Free Text
the Free Text
Posted by Marios at 9:09 AM 3 comments: