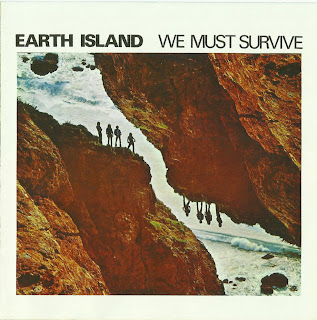 Hello, my name is Billy Gene Liska and I was surprised to discover my album on so many web. sites for sale. I played lead guitar and vocals and co wrote the songs. We were not a canadian band, we were from hollywood california and bassist Skip Battin did not play on the album. The album was recorded at “Larabee Studios” in hollywood in the coarse of two weeks. That was our first time in a recording studio,1969. I haven’t been in touch with the other guys in many years. Richard Vanderwoerdt passed away in 1974. Richard and I were renting a house in Long Beach California and one day he was out on his bike and was killed. Richard wrote shortly before his death called “I See Love In Your Eyes”. It can be heard at, search Grey Beard Bandit.
Cheers, Billy Gene Liska

Originally issued in June 1970,pressing Philips (PHS 600-340) - US, at a time when rock music was beginning to embrace ecological themes,sole album was produced by Kim Fowley. Touching on rock, psychedelia and sunshine pop, it boasts fine vocal harmonies throughout, and makes is (by some estimates ) genuine pearl period of dawn psychedelic rock . The sounds of tracks on the album, reproduced perfectly and clearly bring to mind the best moments of creative collaboration such classics as Curt Boettcher psychedelia ( especially his voice) and Gary Usher .

Main Earth People's Park , with its symphonic moments of the rhythm , like the heartbeat , a bit like Brian Wilson's performance , as well as some more complex Ride The Universe. Also noteworthy strong and smooth vocals, often even in choral singing , visible in most songs and fundamental intertwining harmonies that not all the performers at the time managed to get so easily . In addition to these songs on the album yet to be noted and This Island Earth, which, together with them is the main theme of full length , one might even say , a certain concept . In general , if someone prefer to enjoy the music of the psychedelic light style 60 - ies of the last century, with hints of early pop music and progressive,that this album should be strongly recommended .

As any good album should do, the opening tracks are winners. "Earth People's Park" takes a little of Brian Wilson's pocket symphony idea to heart with it's multiple sections, as does the somewhat harder rocking "Ride the Universe." Forsaking straight up lead vocals, most of the songs rely on a weave of harmonies that compare favorably with just about anyone else. The first bump in the road is probably with "This Island Earth," where the band unfortunately takes on the opportunity to sing the title in a ludicrously rising chorus. It might just be that images of the wonderfully cheesy movie of the same name are filtering through my head. Things get back on track with the ever-so-slightly morose "Doomsday Afternoon" (I'd expect something a little more hardcore with that title). Highlights later on the disc include the entertaining hippie nightmare, "Mother Earth Is a Beautiful Lover," which spins through both waltz time and a chilled version of a garage rock . Earth Island manages that tinge of melancholy that really takes the music to a higher level.
by Adamus67 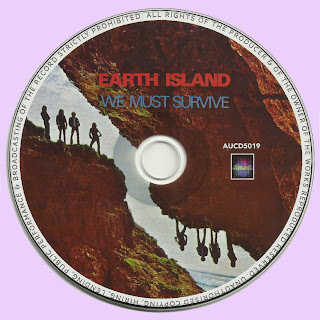