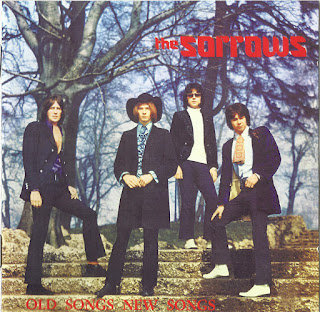 Long after Fardon split, however, some of the band grabbed a last chance (for an extended holiday, at least) and relocated to Italy in 1966 to try and cash in on an Anglophilic scene. During this footnote era, they did achieve some squealing success as a placebo live draw, and hung around for years playing Family and Traffic songs, plus numbers by the ex-pat rockers who made up a bewildering, revolving cast list (two relatively major players are remembered only as “Kit” and “Rod”).
They recorded singles for a tiny Italian indie label and, eventually, an LP. Old Songs New Songs is rare, inevitably hailed as a legendary cult classic. This two-disc set contains a complete bonus demo album and various 45 sides, including the sole outstanding track Ypotron – feedbacking freakbeat recorded in ’66 for an Italian spy caper movie.
by Derek Hammond , 21 August 2009
The first-ever official reissue of this legendary Italian-only late sixties album! British freakbeat/garage R&B giants the Sorrows relocated to Italy in 1966, recording the album Old Songs New Songs a couple of years later for a small independent label based in Milan. Now extremely rare as an original pressing, the album has been shoddily bootlegged a couple of times, including a CD pressing that slowed down the recordings and also managed to chop off the final minute of the album's title track!
This new, band-approved reissue features the fully restored album in sparkling sound quality and adds an extra 100 minutes of music, nearly all of which is previously unreleased. Among the highlights are the magnificent heavy psychedelia of the band's aborted early 1968 Pye single 'Which Way'/'My Way Of Thinking,' the theme song to the cult Italian spy caper Ypotron, a couple of movie collaborations with soundtrack maestro Ennio Morricone, and even an entire late 1968 demo album that, following the departure of two group members, was eventually scrapped and replaced by Old Songs New Songs!
Completed by a previously unheard live gig from 1980 that proved the Sorrows' savage garage band instincts were fully intact a decade later, this package features new, extremely detailed sleevenotes concerning their time in Italy, with fresh band quotes and some superb, previously unpublished photos. Forget what you may have read and heard elsewhere, this incredible 2CD package is the final word on the band's lengthy but previously little-documented Italian sojourn!" Includes 16-page booklet. 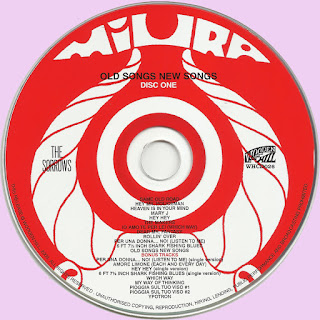 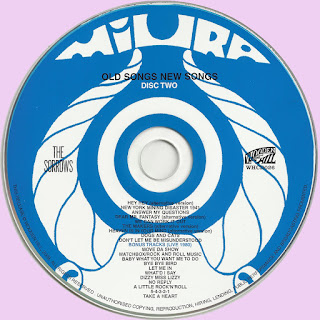