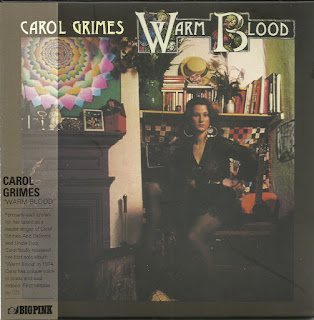 Born in Lewisham, South East London, Carol Grimes had spent her early life as a busker. She eventually realised her talent one day in 1964 outside a pub in Hastings Old Town. Carol Grimes came to prominence in 1969 as a member of Delivery associated with the Canterbury Scene.

During the 1970s she performed regularly on the London blues circuit with her band The London Boogie Band. At the same time she released her first solo album Warm Blood, the first release on the Virgin's Caroline label (CA2001), backed by session musicians in London and Nashville. The cover was taken in her Notting Hill flat. The following year saw the release of a follow-up blues album recorded at Ardent Studios in Memphis and Goodyear Studios in Nashville which pictured her on the cover alongside her son Sam.

By the end of the decade, Grimes had moved to a more jazz-inspired style, including a lot of scat singing. In 1984 she formed Eyes Wide Open. Now known mainly as a solo artist she also does theatrical work and teaches voice. She lives in Folkestone.
CD Liner-Notes 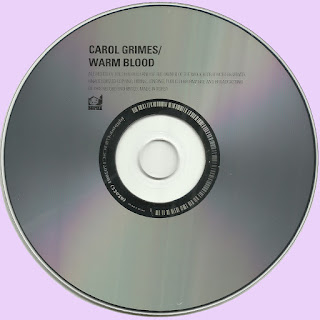