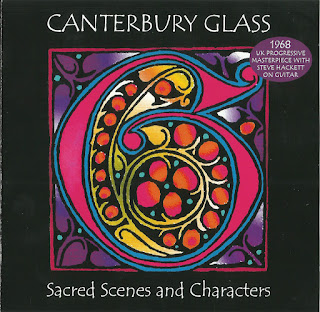 Of the many psychedelic groups who recorded unreleased material in the 1960s that didn't get issued until decades later, Canterbury Glass was one of the more unusual and interesting. The tracks they recorded for a prospective album in 1968 mixed classical religious music and psychedelic-progressive rock not as a gimmick, but with reasonable dignity and creativity. While only four of the six tracks from these sessions could be retrieved when Canterbury Glass material was finally released on CD in 2007, these added up to 40 minutes of well-recorded music, providing a reasonable facsimile of what might have appeared had the band landed a recording contract.

Canterbury Glass' origins lay in the mid-'60s London folk-blues duo of Malcolm Ironton and Michael Wimbleton, who as Mick & Malcolm recorded a couple of singles for Pye. Forming a band after their Pye days ended with drummer Dave Dowle and bassist Tony Proto, Ironton eventually turned to a more psychedelic direction under the influence of bands like Pink Floyd and the Moody Blues. Ironton and Proto began writing material, sometimes sung in Latin, that drew on the classical-flavored music sung and played in cathedrals. Adding keyboardist/guitarist Mike Hall (whose organ would give the group's material much of its classical/religious flavor) and singer Valeri Watson (who also played flute), Canterbury Glass played in London venues like Middle Earth and Eel Pie Island.

London arranger Harry Roberts heard a two-song demo, and with his partner, Olympic Studios owner Cliff Adams, arranged for the group to record an album's worth of material at Olympic. The six tracks, which fused guitar-based psychedelia with choral harmony vocals and heavily classical-influenced melodies and keyboards, were designed to draw a deal from bigger labels, but Polydor and CBS both passed on the band after showing some interest. The band broke up soon afterward, though not before future Genesis guitarist Steve Hackett, who'd played on one track on the sessions, joined as guitarist for a short time. Drummer Dave Dowle joined Brian Auger's Trinity in 1969, and quite a while later, he turned up in Whitesnake.

In 1968, Canterbury Glass recorded six tracks in London for an album that went unreleased at the time, the group disbanding after interest from a couple record labels fell through. Nearly 40 years later, many of the tapes were rediscovered and issued on this CD. This isn't quite the original album; two of the six tracks couldn't be found, and the "bonus" cut, a demo of one of the two missing songs, apparently bears no resemblance to the version recorded for the album. Still, since all four of the tracks retrieved from the original album sessions last around ten minutes, the CD does offer what would have been a healthy-sized LP by 1968 standards. Unlike many such relics to see the light of day in the CD age, it's not a run-of-the-mill psychedelic outing in terms of either style or quality. With the religious tones of both the music and lyrics (some of which are sung in Latin), it's a little like hearing the Electric Prunes' late-'60s pseudo-religious concept LPs, but as done by a British band whose members were playing it straight, rather than because some producers and arrangers foisted a gimmick upon them.

There's a consciously cathedral-music-goes-rock flavor to the proceedings, the standard psychedelic guitar rock being augmented by churchy organ, harpsichord, flute, and male-female choral harmonies. In some respects, the blend resembles psychedelic-early progressive rock crossover bands like Procol Harum and Caravan, the difference being that while those groups used classical-religious influences as a prominent shading, Canterbury Glass employ them as driving forces. While there's an earnest naïveté to the proceedings that might either charm or turn off listeners depending on their tastes, it's also haunting and unusual, and not nearly as explicitly derivative as many such unsigned bands of the era. It's a worthwhile curiosity for those who want to hear what was briefly called "God rock" done with accomplished integrity, though the bluesy demo of "We're Going to Beat It (Battle Hymn)" isn't nearly up to the standards of the rest of the material.
by Richie Unterberger 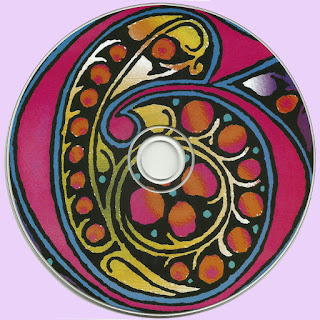 Free Text
Just Paste
Posted by Marios at 11:13 AM 8 comments: