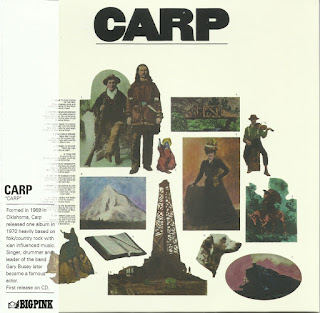 Carp is known not so much for its music as it is for being the launching pad for the career of fledgling actor Gary Busey. Singer/drummer Busey formed the group in the spring of 1966 with fellow Oklahoma State University students Ron Getman on guitar, John Crowder on bass, and Glen Mitchell on piano. After relocating to Los Angeles, Carp signed with Epic to record a self-titled 1969 album rooted equally in rock, blues, and country -- two singles () - "Save the Delta Queen" and "Page 258" were released to little commercial notice, and the band soon dissolved.

While Getman, Crowder, and Mitchell continued collaborating as session musicians behind Loudon Wainwright III and Janis Ian, Busey pursued a career as an actor, although he continued playing drums under the alias Teddy Jack Eddy, backing artists including Kris Kristofferson and Leon Russell. In 1975, he also contributed his original song "Since You've Gone Away" to Robert Altman's film masterpiece Nashville.

Busey's music career was, ultimately, the determining factor in landing the role that made him famous: As the ill-fated title character in 1978's The Buddy Holly Story, he performed his own renditions of the rock & roll legend's biggest hits, and earned an Academy Award nomination for his efforts.
by Jason Ankeny 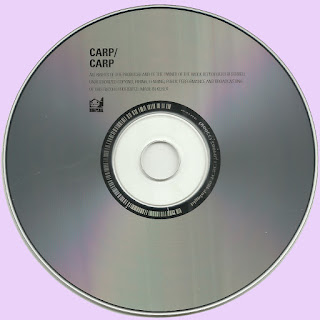