Various Artists - You Got Yours! East Bay Garage (1965-67 us, treasures from the golden state) 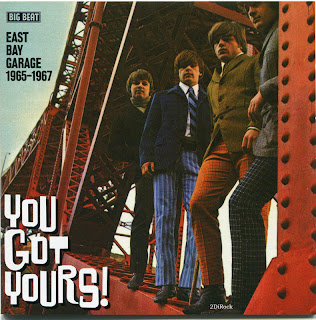 Directly across the Bay from San Francisco, in Alameda County, lies a thirty mile band of suburbia encompassing small cities like San Leandro, Hayward, Union City and Castro Valley, topped and tailed by Oakland and Fremont and linked by the winding thoroughfare of East 14th Street.

A century ago, this was where a fledgling movie industry briefly considered making a home, before it discovered Hollywood to the south. And forty years ago, the East Bay brimmed with another 20th Century popular cultural phenomenon: the garage band. The ‘adult’ rock shenanigans of San Francisco’s hippie clique would have little impact in the clubs and dancehalls of this particular locale. Local teens demanded tough, danceable rock and soul: entertainment, not enlightenment.

Big Beat’s Nuggets From The Golden State series makes an overdue welcome return with “You Got Yours!: East Bay Garage” 1965-67. Returning to the regional themes espoused in earlier volumes, this power packed collection focuses on the East Bay mid-60s garage scene, one of the grungiest and most prolific in the Bay Area. It pays tribute not only to the hundreds of bands that populated the region, but also the scene’s enablers, like promoter Bill Quarry.

This self-effacing man ran the legendary Rollarena in San Leandro, bringing Them to the venue for their first US show in 1966, and in short order also promoted the Yardbirds, Animals, Byrds, Paul Revere and many others, either at the Rollarena or as his confidence grew, bigger shows at venues like Oakland’s Auditorium and Coliseum. Most other parts of the country didn’t have such hit acts visit at all, let alone appear in a suburb of a major conurbation.

Naturally, Quarry booked a myriad local combos at his dances, inspiring local musicians with both the acts he brought to town, and the opportunity he gave them to show their wares. Be they the garage soul of the Spyders and US Male, the bright, British sounds of the Baytovens, Shillings and Peter Wheat & The Breadmen, or the droll Stonesy punk of the Harbinger Complex, Just Six and Soul Vendors, the East Bay bands had a distinct, decidedly blue-collar, flavour, and we’ve collected the best of them on “You Got Yours!”.

Many of these tracks are acknowledged 60s punk classics, others are gems waiting to be discovered. There’s a healthy helping of unissued cuts, as well as a booklet jampacked with photos and memorabilia. The CD also acts as the audio soundtrack to a recent book by Bruce Tahlser of the US Male that documents the East Bay 60s rock scene (details at www.teensntwenties.com)
by Alec Palao 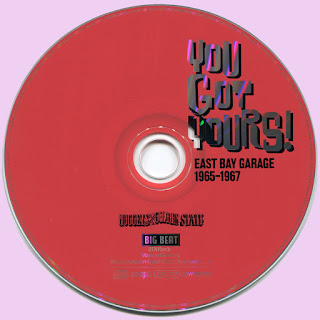 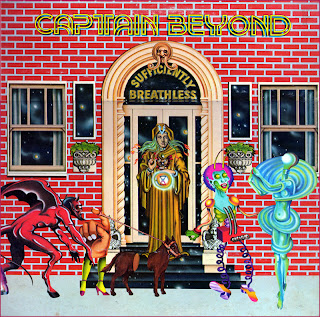 Captain Beyond's second album must have confused the diehards. Where their self-titled debut had upheld the basic progressive heavy rock blueprint of lengthy instrumental explorations, constant tempo changes, and opaque, yet cinematic lyrics, Sufficiently Breathless downplays them for a subtler, song-oriented production.

The predominant mood is snappy and businesslike; no track runs over five and a half minutes. This newfound conciseness certainly benefited such heavy-rocking efforts as "Distant Sun," even as the band stuck to their diverse guns on the moody, acoustic title track and the sleek Latin funk rock of "Bright Blue Eyes" and "Everything's a Circle." The results were intelligent and self-assured, yet the band's never-ending bad luck again intervened when vocalist Rod Evans quit in late 1973, leaving the album adrift.

The band would proffer a markedly different style on their return four years later, but anyone dismissing progressive heavy rock as an oxymoron should definitely check out this album first.
by Ralph Heibutzk 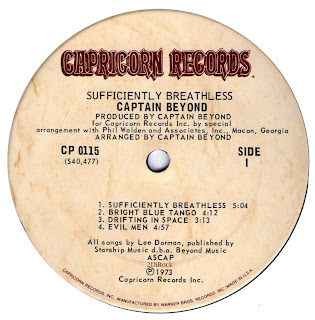