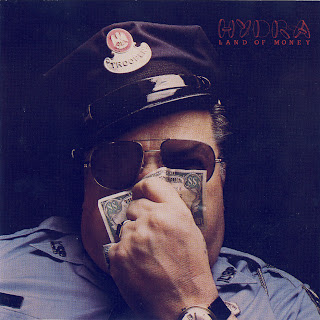 Hydra’s second essay titled "Land Of Money",  rolls on the same hard Southern rails as their debut, but having a little bit more tougher directions, bringing to mind the  bands like Bad Company not only as musical style but in vocals also.

Hydra comprise by excellent musicians,  playing remarkably their southern  hard rock crossbreed , there are of course references to Allman Brothers and Lynyrd Skynyrd.

The album was recorded in spring 1975 and released during the summer. 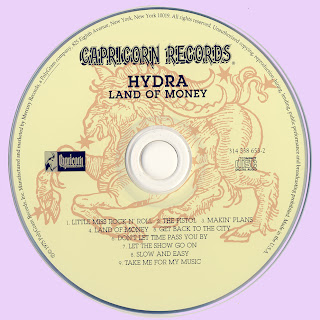 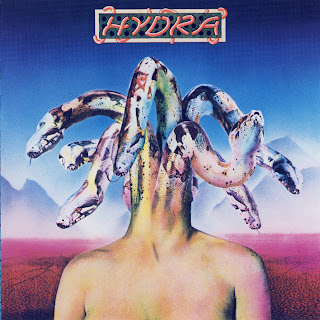 The band began life in the late '60s, evolving from "Noah Mayflower" through "Osmosis" and finally becoming "HYDRA". They built a rock solid reputation as one of the top club bands in the south.

In 1973 they signed a recording contract with Capricorn Records, for whom they recorded two albums - the self titled debut in 1974, and "Land of Money" the following year.

In 1977 HYDRA became a three-piece band when Orville Davis left (with Wayne Bruce moving to bass) and they moved to the Polydor label, releasing their most sucessful album, "Rock The World". Unfortunately, this title has never been released as a CD and is, therefore, now also the rarest of their releases. Sadly, HYDRA had run it's course, and disbanded within months of the release.

Although there have been occasional reunions HYDRA is currently inactive. However, it should be remembered that any band with a legacy and a reputation as rich and wide as theirs cannot be dismissed as defunct - you just never know when they might resurface. HYDRA continues to maintain a fanbase all over the world, and continue to discuss the possibility of writing and recording of new material.
Hydra 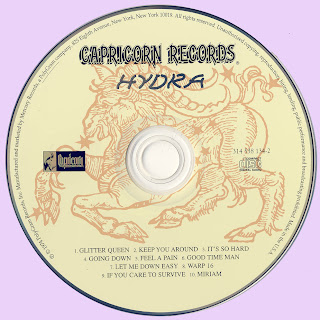 Just Paste
Posted by Marios at 6:20 AM 7 comments: