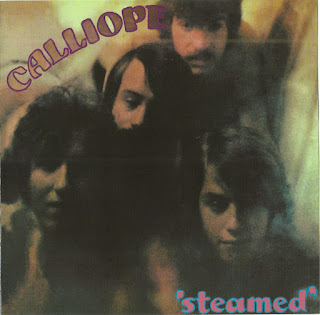 Psychedelic band from Seattle, the driving force behind this short-lived outfit was singer/songwriter Danny O’Keefe, who later had one or two Top 20 hits (including Magdalena). They made a bit of a splash locally, but like a lot of Seattle bands, they seemed much better live than on record.

It seems that bands from Seattle during that period did not get very good support from their record companies… obviously things have changed since then! Calliope’s first album is now a very minor collectable, and the second may have remained unissued. The Steamed album includes cover versions of Hello Hello (Lee Michaels), California Dreamin’ (with a very good psychedelic guitar solo), Hound Dog, Jimmy Bell (a traditional number), Like A Rolling Stone (Dylan), Nadine (Chuck Berry) and four originals - two by Goldsmith and two by O’Keefe.

John Simpson, who was tragically killed in a plane crash in 1973, had previously played with Scott Strong in The Bumps and may also be the guy who played drums in Christopher. Prior to joining Calliope, Scott Strong also acted as their road manager. Paul Goldsmith had earlier been in Emergency Exit, Clyde Heaton in The Dimensions and Luther Rabb later played with Ballinjack.
by Kevin Corazza 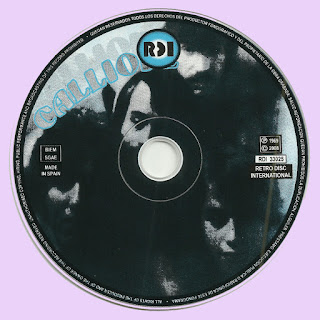 Free Text
Text Host
Posted by Marios at 10:04 AM 9 comments: