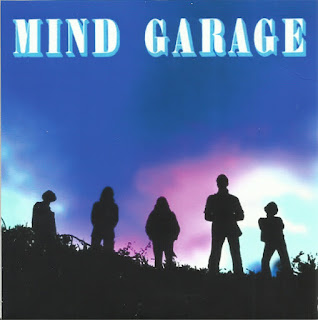 There's truth to the old adage that everything old is new again but you don’t have to take my word for it. Google will happily give you almost half a million hits to prove it: everything from fashion to books to politics to music, music and more music. It seems especially apropos to music because good music never goes out of style. It may fade away for a bit, but will always find a way to be heard again, and again.
Such is the case with a regional rock 'n' roll, or garage, band from the 1960's in West Virginia. Living between Charleston and Morgantown, the Mind Garage was inventive, talented and not afraid to go to new places. The most prominent new place they went was off to church. The Mind Garage invented the concept of Electric Liturgy, the forerunner of today’s popular Christian Rock. That isn’t necessarily what they intended, but like the best of such things, it just happened that way.
They started out as The Glass Menagerie (not to confused with the UK band by the same name), and for the most part, all of them were students at West Virginia University in Morgantown. They covered songs of the Stones, the Beatles, the Animals and Jefferson Airplane, but more and more, they wrote their own material. They toured the Midwest, playing Wisconsin and Minnesota. Touring isn’t all that wonderful, and they just sort of disbanded.
A couple of personnel changes and suddenly, together they were better than any of them had ever been when all alone. It was lead guitarist John Vaughan who led the band to the young minister who supported their music: the Reverend Michael Paine. It was Mrs. Paine who came up the band’s new name, as they became the Mind Garage and their collaboration put the Catholic church’s new Liturgy (then first delivered in English rather than the traditional Latin) to rock music, known as "the Electric Liturgy" (appearing as side two of Mind Garage Again, their second RCA album). Actually, it was more Lutheran or Episcopal, harking back to the music of Bach. It almost didn’t happen, either, because a photograph of the minister with the band caused a major ruckus among the townsfolk, and the band ended up moving the music to a Methodist church. Once the music had been performed, however, the criticism melted away like snow in the sunshine.
A lot of folks called it the Electric Mass, but it was never Catholic, in that sense of the word. The only performances were in churches, mostly in the Midwest or along the Eastern seaboard, and the band never charged a fee for their performance. It was a major success, resulting in invitations to return for more.
After several starts and stops, and name changes, the band had ended up with five guys, all of whom liked classical music but played rock. They played hard, they wrote their own songs for the most part, toured a bit, made a record or two and then one day, for no reason, they just walked away in 1970.
In 1983, they found themselves all in the same place at the same time, at the anniversary of a friend’s marriage. Someone asked them to play and they did, on borrowed instruments. A few weeks later, they did it again in a recording studio, which resulted in the Carolina Session. And then, nothing for another twenty years.
Fast forward to 2005 or so. Larry McClurg, the front man for the band, who sang and addressed the audiences between songs (and still does) decided to see if he could find the other guys, with whom he’d had only that one contact since 1970. “It was surprisingly easy,” he says. He’s now in Florida, not quite retired, but busily planning for the band’s reunion next year. He quickly found Jack Bond, keyboards, also mostly in Florida, with occasional forays back home again in WVa. Jack’s been busy for the last few years on Caribbean cruise ships, as a singer/pianist/entertainer in Japan and Mexico, as well as many parts of the US and Canada.
Norris Lytton is also still in West Virginia, having spent the last 35 years in the chemical industry. He was singing bass and also played sax. John Vaughan was the lead guitarist and had been in a country and western band in the Stanford, California area, where he also worked in environmental situations. Michigan resident Ted Smith was (and still is) a percussionist, having spent a bunch of years as the tour drummer with the Spinners and other big bands, while holding down a job with the post office. He’s considered by Ziljian Cymbals to be one of the best drummers in the world.
It was surprising easy to find all the guys, but what really knocked Larry and the others for a loop was the band’s continuing popularity in far-flung areas of the world, even after all these years! It seems that their records were pressed where ever RCA had a plant, so while the band thought they were history, they were really becoming quite well-known to a new generation of fans throughout Europe, Japan, Russia, South America, Australia and Canada. The guys hadn’t even known about the foreign pressings, believing they were released only in the US. They were even included on a compilation disc made by the armed forces in company with Bob Segar, Percy Faith and the other big names of 1969. Their featured song was “What’s Behind Those Eyes."
by Kelly Ferjutz, December 2006 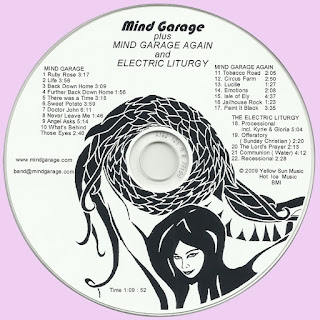