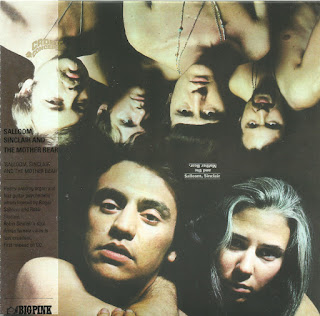 Salloom-Sinclair were the male-female duo of singer-songwriter Roger Salloom and vocalist Robin Sinclair. In 1968, they fronted Salloom, Sinclair & the Mother Bear, who had a Marshall Chess-produced late-'60s psychedelic album on Cadet Concept. Salloom-Sinclair's sole LP (also on Cadet Concept), 1969's Salloom-Sinclair, was recorded in Nashville and produced by esteemed session man Charlie McCoy. Unsurprisingly, the album was country-rock in flavor, unremarkably average save for Sinclair's Janis Joplin-like vocals on the more gospelish and bluesy numbers, and the devious blues-rock-psychedelia of the record's strongest cut, "Animal."

Salloom-Sinclair and the Mother Bear is very much a 1968 period piece, a mix of blues-rock, psychedelia, and self-consciously hip literary wordplay. The band's most striking feature is the piercing, wavering voice of Robin Sinclair, who at her highest goes into Minnie Riperton-like stratospheres. Her singing is both impressive and, at times, irritating, often bearing a strong resemblance in approach to Janis Joplin's. At its most strident, sometimes, to pull in a more distant and obscure comparison.

The material (largely written, and sometimes sung, by Roger Salloom) is too often stuck in pedestrian aggressive bluesy and Dylan-ish poses, tinged with a little San Francisco psychedelic-styled freakiness. Salloom can really grate, too, when he gets in a Dylan-ish talking-blues state of mind.
by Richie Unterberger 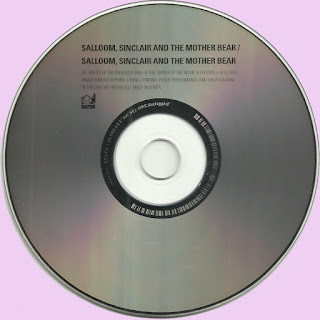 Free Text
the Free Text
Posted by Marios at 8:12 AM 7 comments: