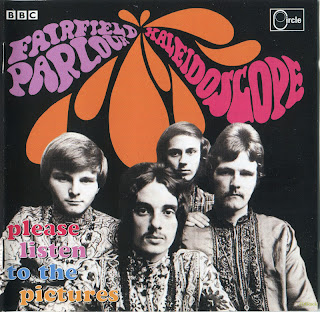 Most of these recordings have seen the light of day in the form of a CD bootleg some time back, but I'll wager there are more people who want to hear them than actually have already. Therefore, this beautifully presented set is a most welcome addition to the much revered and loved Kaleidoscope / Fairfield Parlour canon. As with all the Circle releases, the packaging and presentation is sumptuous. If you have a record deck, plump for the vinyl edition, I do every time. The double LP comes in a heavy duty gatefold sleeve. The Kaleidoscope LP has a faux Fontana label and the Fairfield Parlour LP has a faux Vertigo label.

The liners by Peter Daltry in the gatefold itself tell of the dilemma of being a progressive band in a regressive recording environment (with the indifference of the BBC's white coated clock-watching engineers). The four page LP sized booklet features a raft of memorabilia in colour and b/w and further liner notes by Nigel Leese on the intriguing life expectancy of BBC transcription records and master tapes!

So how groovy are the grooves then? It should be said straight off, as do Circle themselves, that there are four off-air cuts from a manky old reel to reel tape, the only remaining extant recordings from two Kaleidoscope sessions. The first features 'Faintly Blowing' and '(Further Reflections) In The Room of Percussion' from a Tommy Vance hosted Top Gear session. These are actually pretty reasonable sound wise. Once the ears adjust, they are strangely compelling. Indeed 'Faintly Blowing' sounds like it has some interesting extemporisation going on which makes it worthwhile in itself. The second two off-air numbers, 'Do It Again For Jeffrey' and '(Love Song) For Annie' come from Radio 1 Club session and are pretty rough in sound quality, but nonetheless we're not exactly awash with Kaleidoscope sessions (see why in the liners! - there were plenty more at one time), so even a rough old tape has an aesthetic value.

That said, the rest of the album's 22 tracks are in excellent sound quality and all feature the introductions of Brian Matthew whose perky, effervescent style never really changed even though the music and the times did. Matthew 's continuity links indeed must amount to more than the sum total of some acts recorded musical output on reissue discs these days given the number of Saturday Club etc. sessions that have found their way onto reissues in recent years! Indeed, just listening to the brief interview he conducts with Kaleidoscope at the beginning of Side 1, LP 1, shows just how mannered and polite not to mention self-effacing some of these acts were (think Zombies, Eclection etc) in conversation, so unlike the 'yeh of course I'm brilliant, tell me something I don't know already' attitude of many of today 's popsters (and that's my pitch for a grumpy old man interview!).

As for the rest of the music, the Kaleidoscope tracks on Side 1 especially, throw the sound images of the released versions into relief. It is great to hear songs like 'Flight From Ashiya', 'The Murder of Lewis Trollani', 'A Dream For Julie' and 'Dive Into Yesterday' in the raw. The songs are so strong that even without the dreamlike embellishments of the studio, these songs stand up as masterpieces now as much as they did nearly 40 years ago. 'Snapdragon' is especially excellent. Daltry tells of the widespread practice of taking in pre-recorded backing tapes to the BBC studios to record against as it saved time and made the engineers happy! Both 'Snapdragon' and the studio version (as opposed to the off-air version) of 'Do It Again For Jeffrey' would appear to be of this ilk, featuring as they do brass sections, pianos etc.

The Fairfield Parlour numbers sound more produced (but it was 1970-71 by then) But it's very cool to hear the prominence of the sitar for instance on 'Bordeaux Rose' or the chorused guitar on the first version (of two) of 'Free'. 'Long Way Down, 'Diary Song' or 'Matchseller' are excellent renditions and enjoyable to the utmost, you'll be rooting out your 'White-Faced Lady' and 'From Home To Home' CDs to compare them with.

Overall this is another quality package from Circle and I can't think how the justice done to most of the songs here could be bettered. Fans will love this set, it's a real treat for the eyes and ears, rough old tapes and all!
by Paul Martin 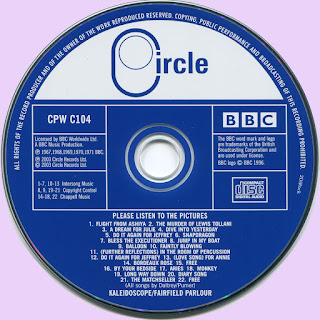 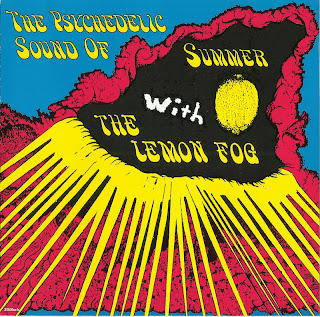 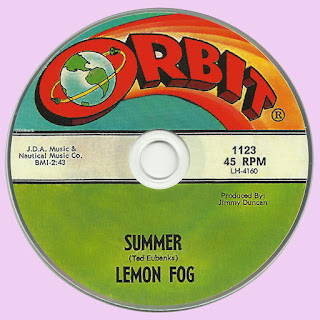 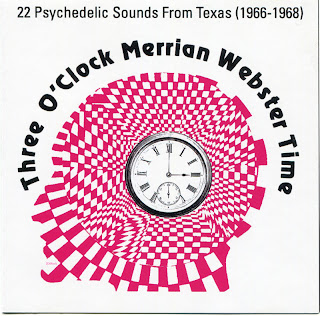 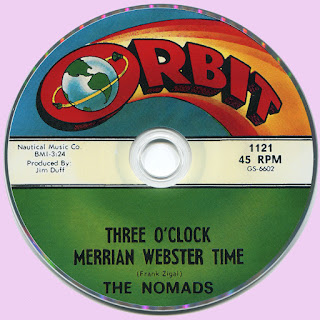 Free Text
Just Paste
Posted by Marios at 5:13 AM 8 comments: