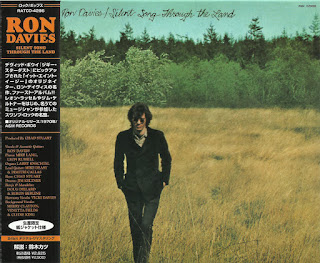 Ron Davies was born in Shreveport, Louisiana during the time his father, a country singer from Texarkana, was performing on the famed Louisiana Hayride. He spent his early years in the Texas/Oklahoma region before moving to Washington state, where his mother remarried. He was given his first guitar at the age of eleven, and immediately began writing his own songs. Influenced by the music of Lavern Baker, Hughey “Piano” Smith, Blind Lemon Jefferson, The Everly Brothers and the melodies of great songwriters like Boudleaux & Felice Bryant, Ron’s songs took on sophistication in composition that was uncommon for one of his age. By the time he was seventeen, he had written an album’s worth of stellar material for Seattle based, rock band, The Wailers, who had gained national attention for their instrumental hit, Tall Cool One.

At nineteen, Ron landed a publishing deal with Trident Records in San Francisco, where he met his friend and songwriting mentor, Tim Hardin. His unique singing and writing ability (referred to by Joan Baez as a cross between Bob Dylan and John Lennon) soon came to the attention of A&M record executives in Los Angeles, who signed him to record his debut album, Silent Song Through The Land. Produced by Chad Stewart and featuring Jim Keltner on drums and Leon Russell on piano, the record contained nine brilliantly written originals including Ron’s gritty, blues standard, It Ain’t Easy.

Though often mis-credited to Ray Davies of The Kinks, the song gained international fame when it was recorded by Three Dog Night and British pop singer, David Bowie, on his RCA album, Ziggy Stardust. Before long, Ron Davies’ songs were in demand and being recorded by artists like Joe Cocker, Helen Reddy, Dave Edmunds, Maria Muldaur, Long John Bauldrey, Merry Clayton, Steppenwolf’s John Kay and many others.
Ron Davies Info 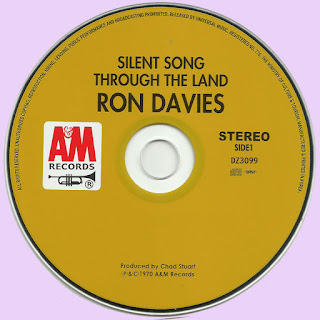 Free Text
the Free Text
Posted by Marios at 9:07 AM 9 comments: