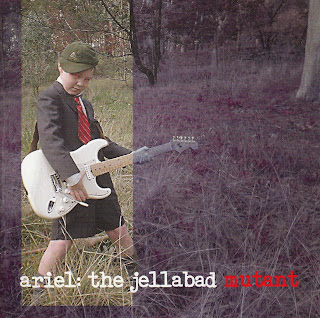 Ariel's second album was to have been a John Whyndham-ish science fiction concept piece, The Jellabad Mutant; you can read more about this long-lost project in Paul Culnane's feature article. But before the project had even been conceived, there was a major disruption, with the band abruptly splitting in two. Mills, Macara and Gaze quit amidst some rancour in April 1974, after a trip to Perth and Mike retreated to the Mornington Peninsula with his family. He began writing fragments of new songs on his "trusty Canora guitar and a crappy tape recorder" which began to form themselves into "some sort of order ... the beginnings of a Grand Idea that might eventually become what every songwriter had dreamt of since Townshend dropped Tommy on an unsuspecting public -- a Rock Opera".

Returning to Melbourne, Rudd "did what I always did -- I called Bill". They worked on the new material over a period of weeks, and by May they the piece sufficintly ready that they approached drummer John Lee to rehearse with them. John, a fine drummer who had previously played in Sayla, Blackfeather and Gulliver Smith & The Dead End Kids, had just left The Dingoes, after recording their first album and their debut single "Way Out West". The three began rehearsing together, and in June or July, as the material took shape, John suggested bringing in his former bandmate from Sayla, lead guitarist Harvey James. Mike later discovered that John and Harvey had also known each other in school, a connection which, he later realised, would sow the seeds of "another 'them and us' scenario" in the band's internal politics.

Harvey, who was already gaining a reputation as a player to watch, had recently left Mississippi and returned home after that band's disastrous trip to England. Rehearsals continued and before long it became apparent that this arrangement had taked on a life of its own. More by accident than by design, the quartet became the new lineup of Ariel. The new lineup cut a terrific single, "Yeah Tonight" which was released in August -- presumably to keep EMI at bay while they beavered away on the new album.

Thus far things had fallen into place rather nicely, but it all began to turn pear-shaped over the next couple of months. With writing more or less complete, Ariel demoed their new album at EMI Studios in Sydney, wit the sessions produced by Peter Dawkns and engineered (probably) by Martin Benge. However, to the band's dismay, EMI rejected it outright. Mike sardonically comments that they were told that it had been rejected because EMI England had "a basement crammed full of rejected rock operas". It would be nearly thirty years before The Jellabad Mutant saw the light of day on record, when it was reissued by Mike and Bill's RareVision label.

In the liner notes, Mike ponders wistfully about what could have been: "It's interesting to speculate what might have happened had we been allowed to proceed with the Mutant with an intact budget (EMI slashed the budget for Rock'n'Roll Scars adding to the pressure) and with the time to to reflect and be creative with the raw material you hear in the demos. I regret not going in to bat for it at the time. We had a fabulous opportunity with the best technical assistance any band could have wanted. But I didn't sell the dream, even to myself."
Milesago 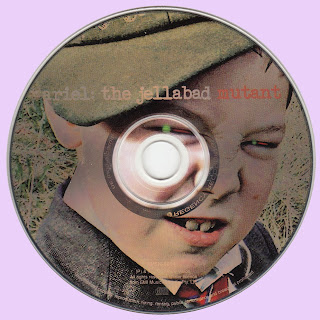