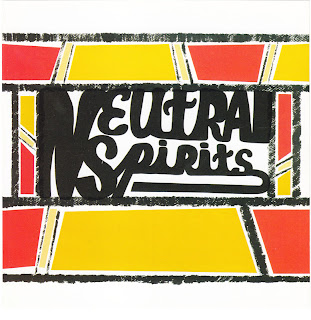 The short-lived garage combo Neutral Spirits played around the small communities surrounding Decatur, Tennessee, throughout the early 1970s, and, like most such bands, would have been all but forgotten if not for a fortuitous trip into the recording studio. Mike Gable and Mike Henry both picked up guitars at early ages, and after meeting and talking music at high school, the two began practicing them together.

Henry's older brothers Calvin, an accomplished saxophone player, and drummer Rex, both school marching band members, soon began jamming along, and the Neutral Spirits -- named, like a lot of teenage garage combos, after a random search through Webster's dictionary -- were born. After weeks of nightly rehearsals, they began to play out, taking gigs at private parties, fund raisers, pizzerias -- even backing the Henrys' mother in church -- and doing the usual talent shows, eventually becoming a regular on the local Battle of the Bands circuit.

Finally, with additional member Mickey Debusk, also a high school buddy, on second guitar and vocals, they landed a plum job as the Saturday night house band at a local skating rink, and as crowds surged, an increasing number of requests came in for a Neutral Spirits recording. With the connections Calvin Henry made by playing on several gospel sessions, and with mostly Mike Gable original songs in tow, the quintet traveled to Melody Studios in Atlanta in 1972 and recorded their lone, eponymous LP, which was thereafter sold at all their live shows, and from a stand at the local IGA grocery store.

The band continued playing for several years after until dissolving upon the marriage of one member and the matriculation to college of another.
by Stanton Swihart 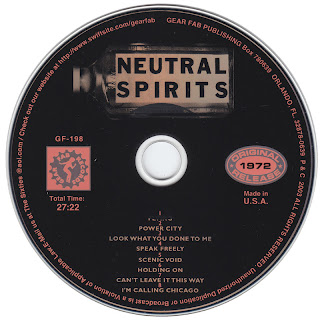 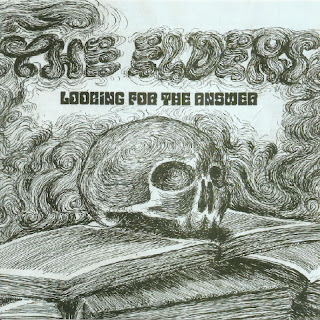 The Elders were a great band from the Dayton, Ohio area thai formed out of Ihe ashes of Jerry & The Others . Their only recorded legacy came as one of the cuts on the album "WONE". The Dayton Scene (Prism PR-1966). which showcased the top twelve groups from the ONE-sponsored three-day Daytontan battle of the bands in 1966. The song was titled "Don't Cry To Me" and was penned by guitarist Robert Budeliney.
by Roger Maglio 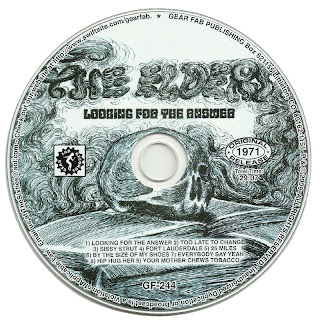