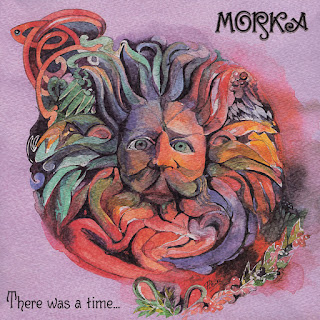 During the difficult years of the dictatorship in Greece (1967-1974), a band was formed which was the origin of Morka. This group, founded in late 1970 by John Jungemann and Dorian Kokas, was called Stone Deep. It set the trend of the basic characteristics of Morka, which was a four-part harmony band.

Dorian Kokas and Mike Moraitis formed Morka after the other members of Stone Deep returned to their homes in the USA. The name MORKA comes from MORaitis-KokAs and the duet continued the tradition of melody and harmonies, adding more psychedelic tinges.

In late-1971, Polydor released a 33 rpm EP containing both the Stone Deep tracks as well as two new duet’s songs : “I see” and “She shouts“. For these specific tracks german drummer Reiner Rathe participated as a session musician. All four tracks appeared under the Morka moniker.

That same year, after the departure of Moraitis, Kokas kept the Morka name alive with the participation of Michalis Orphanides, George Tambre, Antonis Bravos, Paul Papadeas and Pamela Leake. With this line up was that Morka became recognized by the public and took a turn in a more professional innovative direction. Many appearances followed in the clubs of Athens and endless gigs with other important bands of the greek underground scene.

In 1972, the single “Giati? (=Why?) / And so she flies“, also released by Polydor. The first track was the lone attempt by the American, Canadian and English members to sing in Greek.

In the first weeks of 1973, Morka recorded a demo-tape distinctively more mature, still emphasizing the importance of their mellow psychedelic folk roots but in a more progressive music style. No doubt, Morka was ahead of its time.

Shortly after this recording, the band broke-up, following the fate of the Greek rock bands of that era. The material of the demo-tape had never been released to this day.

In 1986, there was an ephemeral reformation of Morka with the basic line up of founder member Kokas and Orphanides and Leake. They recorded one more demo tape and afterwards the final split came.

2006 and Anazitisi Records, officially released all the recordings of Morka in a limited, to 400 copies, vinyl album entitled “There was a time…”.
Morka-myspace 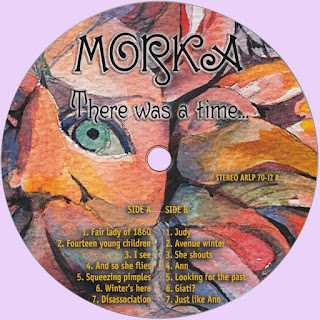