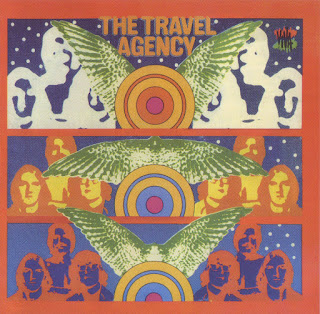 The Travel Agency formed in San Francisco and released their self-titled LP, produced by Bread's James Griffin,  on LA's Viva Records in 1968.

Drummer Frank (real name Francisco) Lupica joined  a little later, prior to the LP.  Lupica had previously been in Us, a Bob Segarini-led  garage band who'd recorded for the Autumn label in 1965  but whose sole 45 was not released due to a dispute over  arrangements between Segarini and the label they split soon after and Segarini went on to lead a succession of more successful  bands (Family Tree, Roxy, Wackers).

Side One is the stronger; the haunting and stately  neo-prog keyboard intro which blossoms into the poppy  What's A Man, strong fuzztone on Cadillac George,  and gentler love songs Lonely Seabird and So Much Love.  There are fast commercial rockers (Make Love and Old Man)  and catchy pop (That's Good). Perhaps because of this diversity  and the lack of band identity, thanks to the absence of  any member info or credits, the album was overlooked and remains underrated.

Steve Haehl and Frank Lupica reappeared  a couple of years later in Shanti, whose eponymous  Eastern-influenced LP was released in 1971. Two tracks thereon  were composed by non-member Mike Aydelotte, aka Michael Sage  when he was in Travel Agency. Lupica went on to a solo career and,  billed as Francisco, performed one-man shows all over California  playing numerous exotic instruments including a self-built electrified I-beam; adorned with keyboards and other devices, he dubbed it  the Cosmic Beam. In 1976 he released his proto-new age LP,  Cosmic Beam Experience.

In the same year he was musician and  composer for Tanka, a very short animated film about  Tibetan thank gas (images from the Tibetan Book Of The dead)  alongside former Shanti bandmates Ashish Khan and Pranesh Khan;

in 1979 he was sound effects creator for Star Trek The Motion Picture; and in 1998 his music was used and sampled in the film The Thin Red Line. He played viola the Deep Song CD by Ranee Lee.
by Max Waller with thanks to Jeff Jarema. 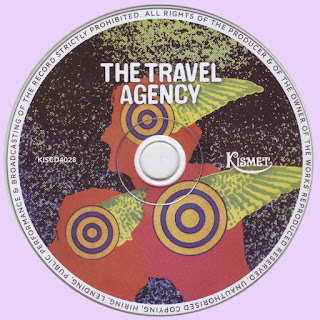 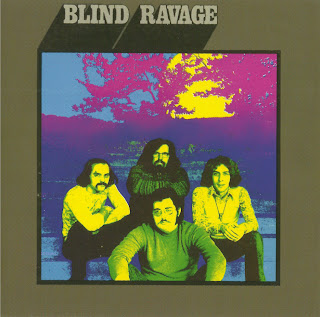 Blind Ravage was formed in September 1969 in Laval, a suburb of Montreal, Quebec. Jean (John) Charbonneau (guitar, vocals) and Bob Dufour (bass, lead vocals) had been working together along with drummer Danny Gorman doing gigs in various night clubs in and around Montreal They met with Andre Deguire (drummer, vocals) at one of those night clubs where he was backing up shows and singers.

On account of Danny's departure, John and Bob asked Andre to join them. Andre had been gigging once in a while with Serge Fleury (organ, piano, vocals) who was doing R&B at the time and who knew Bob well, having played with him in the early sixties with a group called the Furys. That band had stormed Montreal's dance halls with Beatles and Stones material for many years. Serge was asked to join the group and this is how Blind Ravage all started.

The guys did night clubs mostly in Montreal doing covers of Rod Stewart, Deep Purple, Spencer Davis, Led Zeppelin and other rock bands that highly influenced them when they decided to write their own material. So, they went on and produced an album on the Crescent Street label along with producer Ken Ayoub. Ayoub had produced earlier records with Bob and Serge at the time of the Furys.

The album was released in 1971 and the single Loser b/w My Life was taken from that album. The band played various concerts in Quebec, Ontario and in the northeastern states such as New York, Maine, Vermont and New Hampshire before dismantling in 1973. Bob, Andre and Serge came up with a progressive rock project Genesis type called Clockwork that became very popular especially in Quebec.

They also came up with a single called Cybernaut b/w Mean Lady that was very YES oriented. They went on until late 1975. Later, Bob and John formed a country rock band called Mirage that lasted a couple of years. In the late seventies, the four musicians went their own ways but stayed close friends and performed together occasionally on special events. Andre passed away in 1997 and John died at the end of 2006. Bob and Serge have been mostly into blues over the past 20 years and still gig together once in a while.
by Serge Fleury,  Laval, Quebec, Canada,  May, 2007 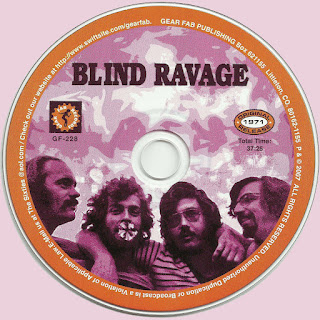 Free Text
Just Paste
Posted by Marios at 12:45 AM 1 comment: