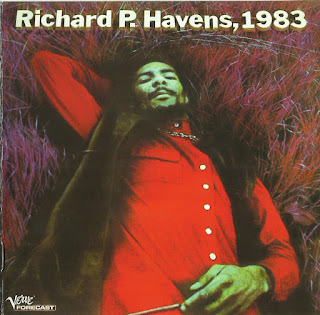 When Richie Havens was making his third album it appears as if George Orwell had really got under his skin. He’d become filled with a dread, “as if the next year was going to be 1984.” He decided to call the record 1983 and make it a double album that would serve as a monument for the times; mixing eloquent, politically conscious statements with rich soul covers that made the originals his own, including four Beatles songs.

Partly recorded at a July ’68 Santa Monica concert, 1983 captured each facet of Havens’ quiet but towering strength and liberated stage magic, driven by his distinctive open-tuned guitar scrabble on originals including Indian Rope Man, For Haven’s Sake, What More Can I Say John?, Just Above My Hobby Horse’s Head and the bleak but resonant civil rights narrative The Parable Of Ramon. His supernatural powers of interpretation coax new essence out of Dylan’s I Pity The Poor Immigrant, Donovan’s Wear Your Love Like Heaven, Leonard Cohen’s Priests and he even makes Strawberry Fields, Forever sound as if it could’ve been written for the March On Washington.

1983 remains a consummate document of the irrepressible spirit that riveted half a million at Woodstock four months after its release.
by Kris Needs 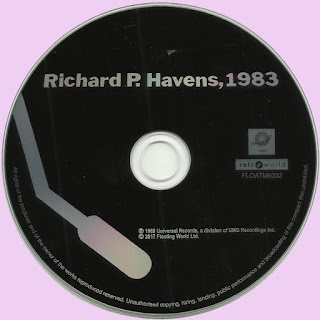