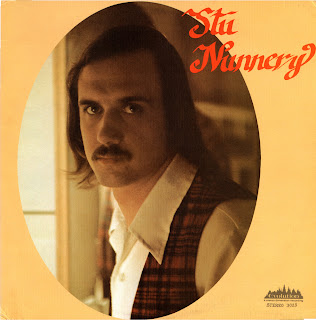 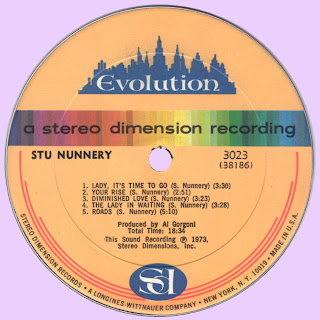 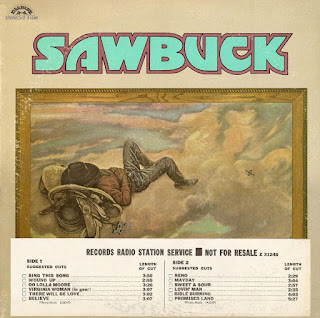 Rubinson was especially impressed by Montrose--s talent and ambition. He set the guitarist up for session work with the Pointer Sisters and keyboardist Herbie Hancock before he arranged for Montrose's big break.

Montrose had been in the process of recording what would have been his first album with Sawbuck when David Rubinson, the producer, arranged an audition with Van Morrison. Montrose got the job and played on Morrison's 1971 album Tupelo Honey.

Mojo Collins remembers,
One day I stumbled into the office of the Fillmore and met the secretary Annie, we quickly became friends and she opened the door for me to get a 45 record to Bill Graham, owner and manager of theJefferson Airplane and Marty Balin. He liked the record and I got hooked up with Annie and her friend Starr Donaldson who was playing Wolfie in the San Francisco version of "Hair" at a local theatre.

We became friends and later I met Ronnie Montrose and Chuck Ruff along with Bill Church, who replaced our original bassist Kooch. This was the basic foundation for what became Sawbuck. We were signed to Fillmore Records and an album entitled "Sawbuck" was recorded in 1970-71 produced by the famed David Rubinson who also produced Moby Grape, Santana, Janis Joplin, The Chambers Brothers, Elvin Bishop, Cold Blood and Tower of Power.

For the next year or so we toured and opened for major acts and played the final week of the Fillmore West before it closed. During the making of the album, Ronnie was approached to do some commercial jingles and one was heard by Van Morrison, and Ronnie was gone, he later wound up with Edgar Winter and recruited Chuck Ruff from Sawbuck for The Edgar Winter Group, and that pretty much ended our tenure as a performing band.

I came home to NC and tried to put together another Sawbuck, with my brother David Collins and a few of his friends, we toured for awhile when the album was released but fizzled out because of lack of support from the label. Around this time David Rubinson and Bill Graham split there partnership and Sawbuck was shelved. 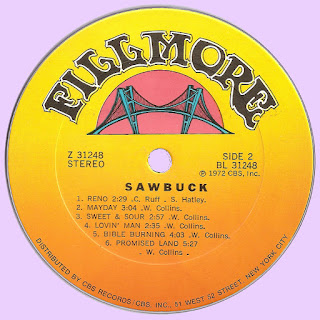 Free Text
Text Host
Posted by Marios at 2:39 AM 9 comments: