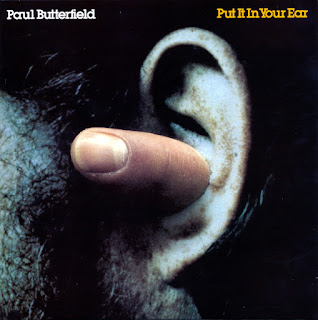 In 1975 Paul Butterfield backed Muddy Waters once again on The Woodstock Album, the last LP release ever on Chess. Butterfield subsequently pursued a solo career, with diminishing returns. His Henry Glover-produced solo debut, Put It in Your Ear, appeared in 1976.

The same year, he appeared in the Band's farewell concert film, The Last Waltz. Over the next few years, Butterfield mostly confined himself to session work; he attempted a comeback in 1981 with legendary Memphis soul producer Willie Mitchell, but the sessions — released as North-South — were burdened by synthesizers and weak material. By this time, Butterfield's health was in decline; years of heavy drinking were beginning to catch up to him, and he also contracted peritonitis, a painful intestinal condition.

At some point — none of his friends knew quite when — Butterfield also developed an addiction to heroin; he'd been stridently opposed to it as a bandleader, leading to speculation that he was trying to ease his peritonitis symptoms. He began to play more gigs in Los Angeles during the early '80s, and eventually relocated there permanently; he also toured on a limited basis during the mid-'80s, and in 1986 released his final album, The Legendary Paul Butterfield Rides Again.

However, his addiction was bankrupting him, and in the past half-decade he'd seen Mike Bloomfield, Muddy Waters, and manager Albert Grossman pass away, each loss leaving him shaken. On May 4, 1987, Butterfield himself died of a drug overdose; he was not quite 45 years old. 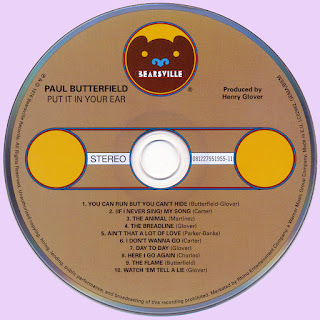 Free Text
Text Host
Posted by Marios at 8:52 AM 6 comments: