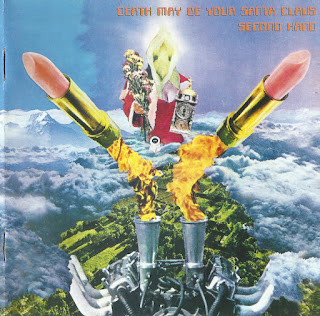 By the time Second Hand released this, the band's second album, in 1971, the progressive elements were much stronger, and the group went further with experimentation. Only a couple tracks have guitar, but there are plenty of high-energy rockers just the same, especially the title track, "Lucifer and the Egg," and "Somethin' You Got," and the lack of guitar is more than made up for by plenty of long, wild organ solos. "Hangin' on an Eyelid" adds in easy listening elements to a rock song for an oddly effective mix.

The experimental leanings become especially prevalent on the second side of the record, where the group leaves song structure aside for several segued tracks of bizarre, mostly instrumental material, a wise choice given that Rob Elliott is only a marginally better vocalist than his brother Ken, who sang on the first album. (Fortunately, on many of the tracks they use processing to make the vocals sound more interesting.) "Cyclops" is a long instrumental of mostly keyboards, whereas "Sic Transit Gloria" has some weird chanting and explosions before suddenly going into "Revelations Ch. 16, Vs. 9-12" with nightmarish tones. The two bonus tracks on the CD, placed between the two sides rather than at the end, are quirky pop songs, one of which has guest saxophonist Lol Coxhill.
by Rolf Semprebon 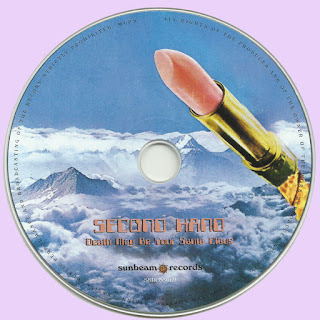 Free Text
Just Paste
Posted by Marios at 4:51 AM 5 comments: