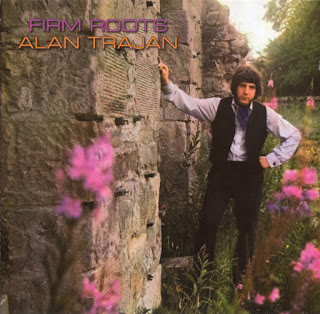 Frustratingly little is known about Alan Trajan, whose sole LP has become one of the rarest singer-songwriter recordings of the late 1960s. Born Alan Robertson in Livingston, outside Edinburgh, he became an accomplished barrelhouse / boogie-woogie pianist in his teens and was part of Edinburgh’s fertile music scene in the late 1960s, where he made friends with David McNiven, leader of the much-loved folk trio (later duo) Bread, Love & Dreams.

When Decca producer Ray Horricks (perhaps best known for his seminal work with guitarist Davy Graham) spotted the latter at the Edinburgh Festival in 1968, he signed them up, and McNiven introduced him to Robertson. Much taken by his distinctive keyboard style and soulful voice, Horricks offered him the chance to record too.

Featuring heavy organ and searing electric guitar parts on tracks like Speak To Me, Clarissa (addressed to a girl who has OD’d) and the propulsive One Tends To Get Bitter Now And Again, mellower numbers such as the beautiful Thoughts (featuring Graham) and a heartfelt cover of David Ackles’ Down River, as well as three good-timey Dylan covers, which reflected his long apprenticeship playing in pubs, it’s a varied and unusual collection whose surreal lyrics and frequently despairing atmosphere ensured poor sales when it appeared on MCA in 1969.

Robertson was prevailed upon by his manager to change his name to Trajan for the LP’s release (he believed Robertson sounded too Scottish, and decided that the expansionist Roman Emperor’s name was more distinctive), but neither it nor the extracted 45 (Speak To Me, Clarissa / This Might Be My Last Number) sold, and he soon reverted to his real name.

Having contributed memorable organ parts to Bread, Love and Dreams’s classic Amaryllis LP in 1970, he went on to forge a partnership with Scottish blues singer Tam White, with whom he made a musical TV series for Grampian in the early 70s, before relocating to London.

There he played in innumerable pubs and became part of legendary jazzer George Melly’s band for many years, but his hard-drinking landed him in prison and he died of liver disease at the start of this century. It is to be hoped, however, that this first CD issue of Firm Roots will focus attention on his overlooked gift as a musician and singer-songwriter, one whose idiosyncratic compositions straddled soul, folk, pop, psychedelia and progressive rock at a time when few were daring to be as diverse. 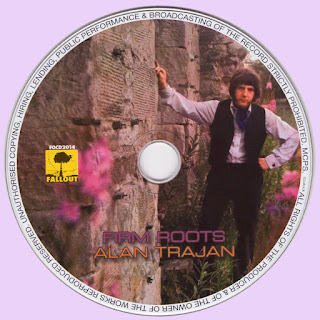