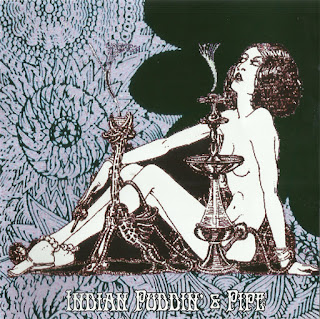 Indian Puddin'and Pipe emerged from the Pacific Northwest in 1966, as West Coast Natural Gas. The name would soon be erased by mogul Matthew Katz in favor of Indian Puddin' and Pipe for his Fifth Pipedream-Volume One production venture in 1968. Their story played out against the politics of the music industry, at the height of psychedelia and in its heart - San Francisco. The previously unreleased recordings also included here represent the second chapter in the band's career and show how they survived to create something fundamentally more inspiring. For a band that were cruelly denied a proper recording contract at the time, Indian Puddin'and Pipe have since become an integral part of Bay Area music history through emotive songs that will stand the test of time.

Seattle's Indian Puddin'and Pipe emerged from a robust music scene in 1966 as West Coast Natural Gas. Amidst a scene in the Pacific Northwest that boasted the likes of The Fabulous Waiters, The Kingsmen. The Dynamics and The Sonics, guitarist Kris Larson and bass player and ex-Standells Dave Burke teamed up with drummer Jeff La Brache. a virtual veteran of the local music scene whose pedigree thus far displayed some highly credible 45s. While Larson was a relative newcomer to the scene, Burke, and La Brache's past experience in bands such as The Imperials, City Limits and The Riddlers (aka Rocky and The Riddlers; Batman b/w Flash and Crash from 1966) gave WCNG a formidable advantage against their neighbourhood counterparts. Other initial members included Steve Guinn and Dean Herrick, both of whom were replaced by Mike 'Kep' Kepley and Chuck Bates who shared an apartment with Doug Hastings of the Daily Flash. However, trouble flared when Bates suddenly Left to join the military and Kepley contracted hepatitis, a dire situation that inadvertently helped shape the future of the band when lead singer Pat Craig and lead guitarist Steve Mack arrived to help out.

On the 11th May 1966, the new recruits were given an opportunity to contribute with a four song demo featuring covers of The Yardbirds' Mister, You're A Better Man Than /.The Zombies You Make Me Feel Good, The Critters' Younger Girt and The Byrds' He Was A Friend Of Mine in a small Seattle studio. The addition of Mack in particular, undoubtedly helped in beefing up the sound early on while Kris Larson's accompanying 12-string would always bear the effective, hallmark credentials of their later sound. The major reshuffle had also prompted relocation, with the new line-up opting to move to San Francisco where the band felt more comfortable with the creative angle of the Bay Area. Aside from Blaise Lewark's notable BFD clubs where WCNG would share a stage with The Daily Flash, The Magic Fern, Crome Syrcus et al,  the Bay Area's natural vibe drew the band into what was now, fast becoming the place to be.

It took no time for notorious producer Mathew Katz (whose litigation with the Airplane and Moby Grape lasted 20 and 39 years, respectively) to invite the band into the studio to record their debut single for his San Francisco Sound outlet. Kris Larson's Go Run and Play and Steve Mack's A Favor were demoed  (with Pat Craig's The Jumping Frog being shelved) and selected for release in November 1967. It brazenly bore the badge of Katz's input, immediately  tying it in with Katz' other luminaries; It's A Beautiful Day, Melvin Q Watchpocket, Jefferson Airplane and Moby Grape. In 1968, they recorded four songs for Katz's latest psychedelic concept; Fifth Pipedream Volume One, a vehicle for Katz's productions featuring Black Swan, Tripsichord Music Box, It's A Beautiful Day, and Indian Puddin'and Pipe.

Katz structured his contracts so that different line-ups could appear under a given group's name, anytime and anywhere he desired. A line-up of Indian Puddin'and Pipe had already been in existence, but Katz would nevertheless rechristen West Coast Natural Gas with the name as well, moving Pat Craig on to keyboards and recruiting vocalist Lydia Mareno for what to some, would become the definitive version of the group. Steve Mack's Two's A Pair and Water or Wine, coupled with Pat Craig's Beyond This Place and Hashish were recorded at Coast Recorders, Bush Street, San Francisco, but by the time the songs were committed to wax, the band had already splintered making West Coast Natural Gas, a mere footnote in Seattle music history. In late 1968, Pat Craig and Steve Mack got back together and reformed a new and more eclectic version of Indian, Puddin' And Pipe, a name that they had inadvertently adopted, but one that sounded more in line with what they were setting out to achieve musically.

Amongst the crop of new recruits came Pianist and saxophone player Dennis Lanigan and guitarist Rex Larsen.two former members of Gary Philippets' Front Line whose Cot Love still resonates loudly today with its garage punk fan base. Alongside Lanigan, bass guitarist Steve "Warthog" Jackson, percussionist Rick Ouintanal (Don Ellis Orchestra), Lydia Moreno and David Savage would help Craig and Mack in their new venture, but not before adding Paul Trousdale. Trousdale was a known figure to Craig and Mack from the earlier WCNG days in Seattle where his group Brave New World (It's Tomorrow b/w Cried from 1966). It would be this expanded and more eclectic line-up that returned to the favored Coast Recorders' studios in San Francisco in 1969 to conjure up an irresistible ambience in a handful of mesmerising songs.

By this point in the decade, music had changed dramatically with Bay Area groups like Blue Cheer, Gold, and Mt. Rushmore becoming increasingly loud and bombastic. The likes of Joy of Cooking, Sons of Champlin, Mad River, Ace of Cups, All Men Joy, Zephyr Grove, and Birth would revel in other realms of volume while Indian Puddin'and Pipe walked a different path to glory. With a set of new recordings in the can, the band appeared alongside several profile acts such as Quicksilver Messenger Service on 1st August 1969 with local hopefuls Phananganang. However, a collective this size would soon be drawn apart due to external commitments. A headlining slot at the Straight Theatre on New Year's Eve with All Men Joy and Congress of Wonders, would similarly announce the end of the road for the band whose journey from Seattle had been an education in 'the industry of human happiness'. These songs are not mere flashbacks or pieces of the past to digest casually, they demonstrate a yearning to progress whilst finding fluency in their surroundings, and offer the listener much more than a mere chapter in the Bay Area history books.

They offer an evocative sobriety that reaches far beyond the period they emanated from. They have travelled, and survived as a testament to the combined individuals whose legacy will tread time. Whilst some members drifted onto another path in life, the journey for people such as Paul Trousdale would continue, with Pat Thrall (PatTravers Band) in a 1972 venture called Cookin' Mama. Lydia Moreno went on to join Stoneground in 1972 for their Stoneground 3 LP. Pat Craig and Steve Mack stayed on to join former Hot Tuna/Jefferson Airplane drummer Joey Covington in his 1973 side project Joe E. Covington's Fat Fandango for' Jefferson's Grunt Records outlet. Craig later formed new wave rockers, the Tazmaniar Devils.
Liner-Notes 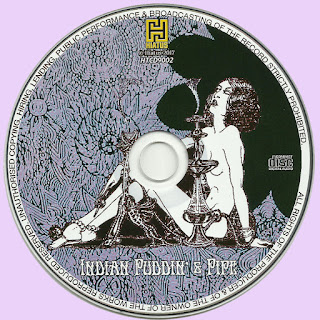