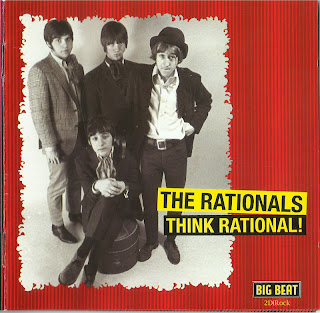 To borrow the title of their lone Billboard Hot 100 entry, #92 in late 1966, it's really all about "respect" –the enduring respect that the nationals earned from fans and fellow musicians within the maelstrom that was 1960s Michigan Rock'n'roll. Guided by the enthusiasm of their manager, Jeep Holland, cherished by an incredibly devoted fan club, the pioneering Ann Arbor group were top dogs in the state and tremendously popular beyond, yet they let their promise falter, while other, far lesser local acts scaled the charts.

Those that experienced the nationals in their prime share an emotional bond to the combo that the rest of us can never fully comprehend, but the recorded evidence speaks for itself, as to the quality of the group and its constituents:  a muscular, dependable rhythm section in Terry Trabandt and Bill Figg; the incisive, corrosive southpaw lead/rhythm of Steve Correll; and the multi-faceted abilities of Scott Morgan, one of rock's most unselfconsciously authentic blue-eyed soul voices.

Right from the start, the Rationals were more mature than the average teenage garage band. By the time Holland had got them wholly into R&B, the quartet was unbeatable, and had they had a more prolific writing team, the Rats could have easily become the American equivalent of the Small Faces or Winwood-era Spencer Davis Group - they really were that good. That said, the handful of strong originals the group did arrive at, including 'Gave My Love', 'Feelin' Lost', 'Sing' and 'Sunset', speak volumes of their potential. It is as interpreters that the Rats made their mark.

The serviceable Kinks and Them covers of their garage days morphed into the altogether more experimental 'Smokestack Lightning', which welds the Yardbirds' arrangement to 'Inside Looking Out'. The group's two most successful records, 'Respect' and 'I Need You', are both quite original in execution. The former suffers only from over-familiarity with Aretha's subsequent version; the heartbreaking tenor of the latter could hush the crowd at even the famously "high energy" Grande Ballroom. Their arrangement of the Motown standard 'Leavin' Here', which quotes 'Baby Don't You Do It', is nothing if not definitive.

Thanks to Jeep's instruction, the excerpts from the band's voluminous on-stage repertoire that were committed to posterity - Rex Garvin's 'Gotta Go Now', Little Richard's 'Poor Dog', Albert King's v 'Not Like It Is', the Esquires' 'Listen To Me' -are notably eclectic. The Rationals' recording of Sam Hawkins' 'Hold On Baby' frankly blows the original clean out of the water. "Think Rational!" covers the first phase of the Rationals' career - that guided  by their mentor, big brother and incipient Svengali, Jeep - and the following history focuses primarily on those four action-packed years.

The band did not split until late 1970, and we hope to feature their later recordings in a subsequent Big Beat package. However, it's not difficult to argue that, judged on the contents of this collection, Jeep presided over the Rats' golden era. From the innocence of their early British knock-offs to the full-blooded blue-eyed workouts of the 1967-68 period, we are proud to celebrate this exceptional group, and accord the Rationals the "respect" that they have so long deserved.
by Alec Palao, El Cerrito California 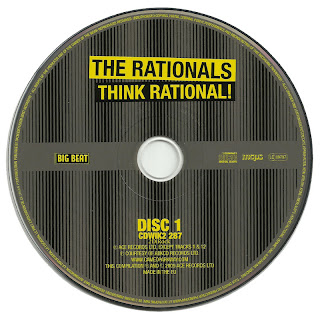 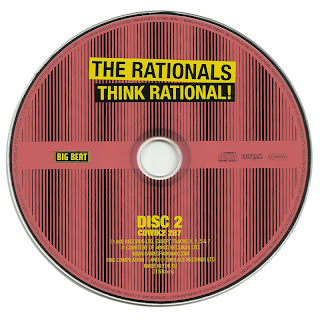