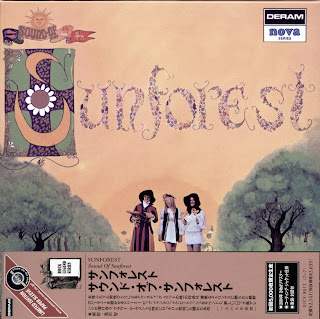 The Sun - the beginning Of life in out solar system The Symbol, therefore, of creation Representing joy and love The finest attributes of life The Sun is giving, we receive As inhabitants of this earth The Forest, which contains all Wherein dwell sheltering trees Rising to worship the lifegiving sun All animals, plants and finally Man Inhabit the vast forest of the earth Desert, mountain, green valley and sea The Earth, from which spring all creatures Nature's art - informed to live Inspired to create and understand In the light of the giving sun At night we rest by the gentle lamp The moon, the jeweled starts Then by the soft brightness of dawn Persuaded, we rise again - Once more light and life Reign silent, strong and pure In the Forest of the Sun
by Freya Lynn Houge

A mellowness of cool sound Vibrations of personality in song A gentle harmony of tempered soul A rose colored glass filled to capacity With love for music and out neighbors. Welcome to Sunforest!
by Vic Smith

Terry Tucker went to London with two girlfriends, Erika Eigen and Freya Houge, to become pop singers and were discovered almost right away in a working class cafe drinking tea. A man came in a fur coat from Decca Records, wanted to hear their songs and they went to the studio that night and recorded a demo. Two weeks later they wanted to record an album and he became their manager. They were his American girls. The recorded their one and only album Sound of Sunforest in 1969.

Kubrick wanted her to record Overture for the Sun for the soundtrack. It got recorded again, Terry wrote some changes in the arrangement for the film. It was exciting. It just fell into their lap. In those days they never tried to make anything happen, just follow their nose and it happened. Overture is instrumental, like a little renaissance piece. Terry wrote and arranged it, played harpsichord on it. Lighthouse Keeper is a song that Erica wrote and Terry sang backup on it and played the piano. Terry stayed in England about 12 years and came home to the US after the band broke up.
by Malcolm McDowell 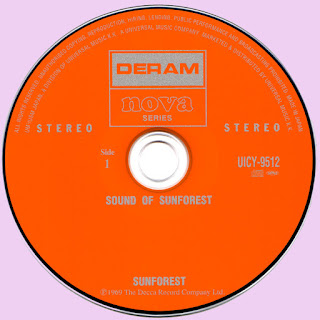 Free Text
the Free Text
Posted by Marios at 9:08 AM 13 comments: