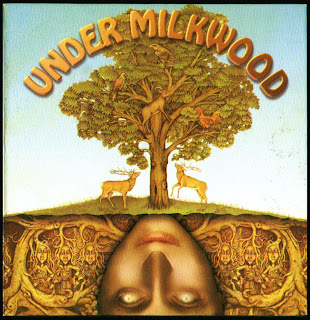 For the connoisseur of sixties psychedelia, this will come as a wonderful surprise. Like SP, this album is split into an electric camp and a folkier, more stream of consciousness side. The recording was made in 1970, a time when psychedelic music was on its way out; all of the great bands of that era were in their twilight (except for the Grateful Dead): the Doors were good for one more album, `L.A. Woman'; the Jefferson Airplane had all but called it quits after 1969's `Volunteers'; the Beatles of course were on their last legs . . .

In a way Under Milkwood is a classic example of too little too late. The opening track, "Empty room" is as good as it gets with the San Francisco sound: twin guitars loudly battling for the lead, a powerful vocal and a great drum/bass back-up. Generally the folkier songs are dependent on the vocal talents of Clara Miles; "Changing Seasons", "Tell Me" and "Lost Youth" are all pastoral, almost motionless songs. To many listeners they will be uninteresting, because other bands such as Pentangle, Fairport Convention and Steeleye Span have all done this much better. There are two prominent saxophone songs.

The first, "Forgotten bridge", is a curious duet with a loud guitar that never seems to take off and go anywhere. The second, "Parade", is a strange, almost hymn-like procession. "Sandwiches and rock and roll" is loud, unimaginative filler. The last two songs actually tips things towards the favorable. The "Ballad of the spirit world" is an awesome instrumental that has a great sax solo at the start and a freaky guitar workout halfway through and then the same sax solo closes it! "Final song" bookends "Empty room", because both songs are about the loneliness of being different. It has an interesting vocal duet between Miles and Thornam, one of the guitarists. Like the opening track, this song builds to a furious, twin lead guitar attack-in all, a great way to close an album-and an era." -devil doll

Under Milkwood was recorded on A&M records (SP 4226)in 1969 but was not released, although there are rumors that a few promos got out. The album was reissued on vinyl by Fanny-Riverside label in the early 90s and most recently on vinyl and CD by Akarma Records (Comet) of Italy. The musical styles contained run all over the map. There is improvisational jazz, folk singing, rock, pop and general musical meandering. The performance is rough and uneven in spots, but oddly enough, by hanging in there it all makes sense in the end. Stylistically the sound resembles Fairport Convention or Jefferson Airplane. There's speculation the album wasn't released because of legal conflicts concerning the band's name. Another group titled 'Milkwood' existed at the time. Members of this band later became the Cars."

What little has seen print about Under Milkwood suggests that their self-titled 1969 album might have never been released, or only escaped in very limited quantities (though it's subsequently been reissued on CD). Even if it had come out, it probably wouldn't have made a significant impression in the very crowded field of late-'60s acid rock. In its gentler folk-rockier moments, in particular, it recalled Jefferson Airplane and Fairport Convention (two other acts that prominently featured female lead singers and male-female harmonies). In its harder moments it goes from bluesy psychedelic hard rock to odder passages with shades of jazz and classical music." 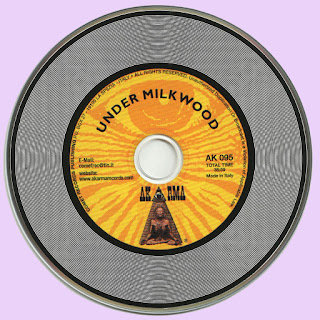 Free Text
the Free Text
Posted by Marios at 5:44 AM 13 comments: