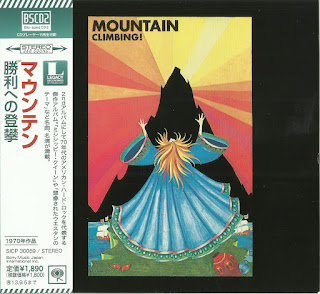 In the early ‘70s, the transition of rock as a form of expression towards the mass market entertainment industry swept aside in its wake a large number of musical pioneers – pioneers such as Mountain, the missing link to heavy metal’s beginnings, among others. The rock behind the mountain is none other than Leslie West, one of history’s most influential guitarists who the gods have only looked down kindly upon the one time, when he was courting a certain queen from Mississippi. Having recently turned 71 (born in October 1945), his biography may not take up that much space in the encyclopaedias, but that great song can still often be heard on the radio. Maybe his mistake was arriving at the right place, but at the wrong time in the history of rock.

Climbing! , Mountain’s debut album in 1970, was in fact the ex-guitarist of The Vagrants’ second record, with whom he had already made a name for himself - both for his imposing frame and his unusual technique. He recorded his first album, a sublime slice of blues, by himself – tracks which convinced record producer Felix Pappalardi that this giant of a man was the perfect candidate to take over from Cream, another of his creations. It wasn’t long before a contract with Atlantic Records was laid on the table to be signed.

Back then, Clapton was god and West was set on sounding like him, exactly like him. This was going to be a dream come true for the 25-year-old New Yorker. To keep him company, Pappalardi had brought in Steve Knight on the keyboards and Laurence ‘Corky’ Laing on drums. Before he knew what had hit him, West found himself up on stage at Woodstock and about to become legend.

He took full advantage of the opportunity handed to him and surprised all and sundry with a record that didn’t just follow in the stellar path of the legendary trio, but was much grittier. That said, Pappalardi ensured that a piece by Jack Bruce was on there, even though it wasn’t one of the composer’s best efforts. The one-hit-wonder that Mississippi Queen would prove to be aside, songs such as Never in My Life (very popular back then), with their heavy, hypnotic riffs, were the early signs of hard rock’s coming of age. On Side B, back when you had to turn a record over and that pause in the proceedings actually mattered (not like with today’s CDs and USBs), the psychedelic hues present were more along the lines of progressive rock. At times it’s quite impossible to not think of Rush.

Apart from the elaborate and perfectionist work of West, also of note is the music played by Knight on the piano in Boys in the Band – almost the only chance that the keyboard player got to shine in an album ruled by West’s Gibson Les Paul Jr., a guitar that he is famous for, along with the Electra Plexiglass that he used to fool around with during his early concerts.

However, the hidden gem that can be found in Climbing! is the acoustic beauty, To My Friend, and the only song that West wrote entirely on his own. A fine example of just how well this maestro of the six strings can play.
Guitars Exchange 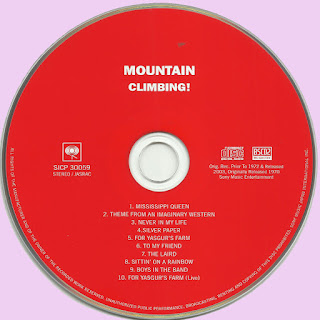