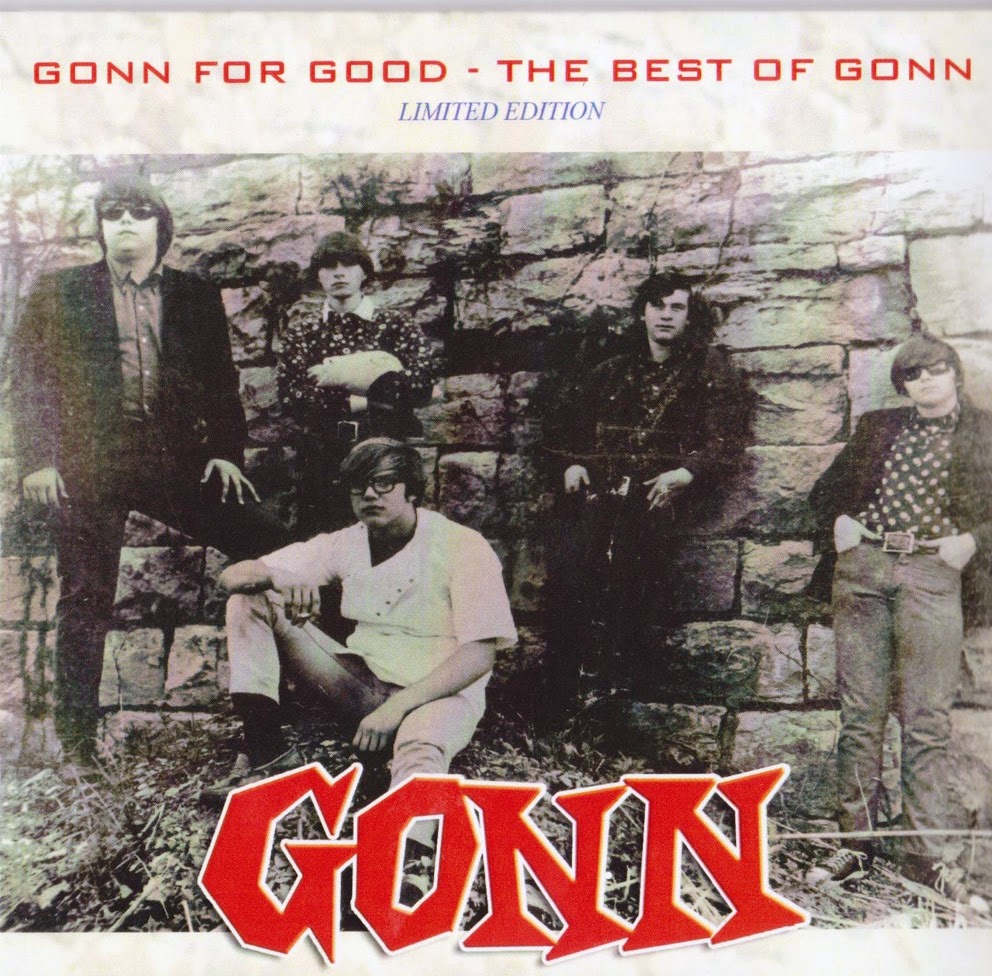 Gonn formed in Keokuk in 1965 as The Pagans, by the summer of ‘66 founding members Craig Moore (bass) and Gerry Gabel (organ) had been joined by Gary Stepp (rhythm guitar) from Keokuk, Rex Garrett (lead guitar) and Brent Colvin (drums) from Fort Madison.

The band changed the name because Rex’s mom didn’t like it and it was time for a change. The name was the result of throwing words around and settling on the hip term “gone.” They psychedelicized the spelling in the style of the era as a tribute to a great band from Ottumwa, MADD, that GONN held in highest regard.

GONN quickly evolved into a heavily English and West Coast-influenced no-holds-barred garage band; taking their sound and attitude from the likes of the Yardbirds, Rolling Stones, Chocolate Watchband, Doors, and Raiders.

They quickly became known as the “Loudest Band In Town” both on and off stage. By that winter the band had recorded a song written by Craig and Rex that has become legendary — “Blackout Of Gretely”; issued on Bur1ington’s Emir Records with b/w “Pain In My Heart.”

In 1967 former Pagan guitarist Larry LaMaster rejoined the group and Colvin was replaced by 14-year-old drummer Dave Johnson. They went to Freddie Tieken’s Quincy, Ill., IT Studio and recorded their second single “Come With Me” b/w “You’re Looking Fine.”

During 1966-1968, GONN opened concerts at the Burlington Memorial Auditorium with such acts as The Trolls, Mob, American Breed and many others. The band packed teen centers, KC halls all over their corner of the world, traveling in the same 1951 hearse that was used for Craig’s aunt’s funeral!

The original lineup played the 1966 Iowa State Fair to a positive response and in 1967 they came in second to Echos V (Hall of Fame 1998). The band felt their ever-expanding hard-edged psychedelic approach was maybe a little more than the Fair judges could assimilate. GONN appeared for the last time at the state fair in 1968.

Although a working band for a short 2 — years, the group’s members were never out of touch, reuniting in 1990 for a Keokuk riverfront show. In 1996 six of the seven 66-67 members got together to record an entirely new album “Gonn With The Wind” and released a CD of all their 60’s recordings “Frenzology — Punks Along The Mississippi.

Over the years the band received an endless stream of fan letters from around the world. “Blackout” and their intended but never released single “Doin’ Me In” (issued on the Voxx LP) were covered by nuevo garage bands from California to Paris and Rome and beyond. In February of 1997, a six-piece GONN toured Europe for the first time with shows in Rome, Turin, Amsterdam, Paris and others.
Iowa-R'n'R 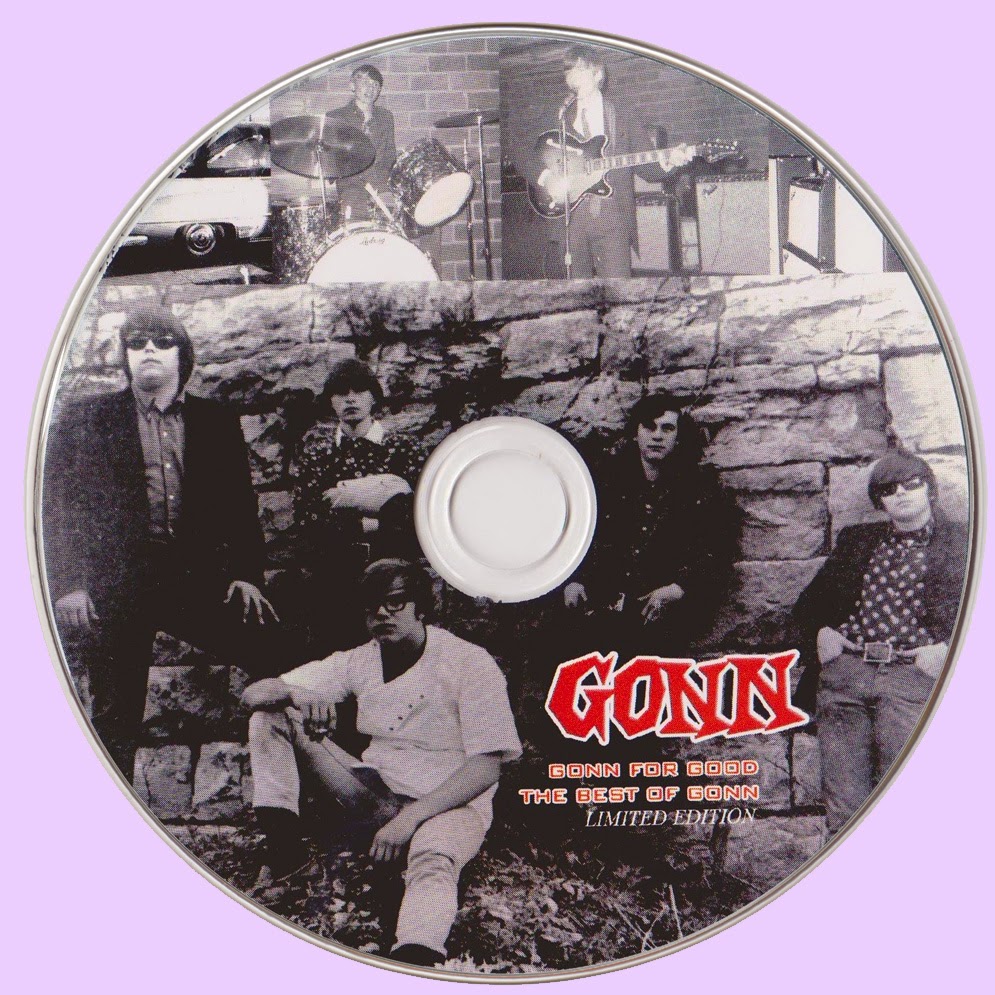 Free Text
Just Paste
Posted by Marios at 5:15 AM 10 comments: