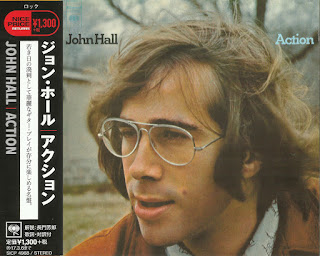 John Hall was best known, for most of the first four decades of his public life, as a singer and guitarist, principally with the group Orleans -- although that group, an outgrowth of the more prosaically-named John Hall Trio and John Hall Quartet, came along some four years after he'd made his recording debut, and had shared stages with the likes of the Doors and the Who. Born on July 23, 1948, in Baltimore, MD, Hall was studying physics at Notre Dame University before he quit to pursue music full-time. He was initially based in Washington, D.C., where his early band affiliations included the British Walkers, a local group whose membership also included Teddy Spelios (aka Ted Spelies) and, at one time, had featured Roy Buchanan in its ranks. It was sometime after leaving D.C. that Hall joined the Greenwich Village-based group Kangaroo, playing bass and sharing guitar duties with Spelios as well as doing some singing alongside Barbara Keith, while N.D. Smart II filled the drummer's spot.

Signed to MGM Records, they released a self-titled LP as well as three singles that failed to chart, on which the lion's share of the songwriting went to Hall. He was, along with Keith, the strongest composer in Kangaroo, and they were a powerful enough performing unit -- especially thanks to Spelios' playing -- to get gigs opening for the Doors and the Who in 1968. Following the breakup of the band in 1969, Hall concentrated more on songwriting, providing "Half Moon" for Janis Joplin's final album, Pearl. He also played on the Seals & Crofts debut album Down Home and Bonnie Raitt's Give It Up, in between founding his own group, the John Hall Trio -- later the John Hall Quartet -- which evolved into Orleans in 1972, in conjunction with Larry Hoppen and Wells Kelly, in Woodstock, NY. During his time with the soft rock group, they would score Top Ten singles with "Dance with Me" and "Still the One."
by Tom Demalon

John Hall is a performer to be reckoned with, especially as a guitarist as the closing instrumental cuts demonstrate, peaceful in "Park Lane Blues" and stronger in "Scuffle". His singing also is good as are his songs, such as "Action" and "Where Would I Be". Produced by Harvey Brooks, who also plays bass on some of the numbers, this pressing also offers other fine musicians, including John Sebastian on harmonica and rhythm guitar and Paul Harris on keyboards. 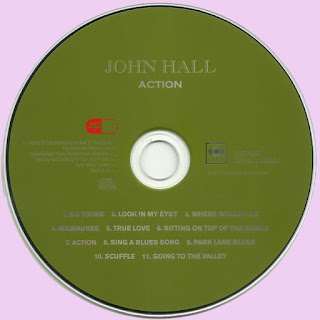 Free Text
Just Paste
Posted by Marios at 8:35 AM 12 comments: