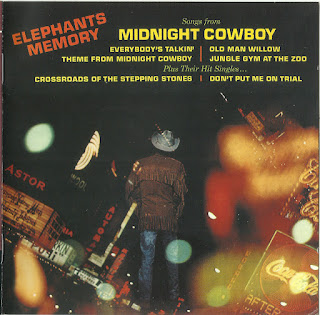 After original vocalist Carly Simon left Elephant's Memory for her own fame and fortune, the band recorded their self-titled Buddah debut, Elephant's Memory, with Michal Shapiro handling the female lead. That disc is not their John Lennon/Yoko Ono/David Peel Apple Records debut from 1972, which was also named after this ensemble. When two Elephant's Memory songs from the 1969 Buddah Records album appeared in the Capitol Records soundtrack to the film Midnight Cowboy, Buddah vice president Neil Bogart revamped and re-released the original LP, most likely and understandably, to cash in on the attention the band was getting from the hit film. "Old Man Willow" and "Jungle Gym at the Zoo" from the first LP appeared in Midnight Cowboy, and they show up again on side one of this disc along with a different spin on the Nilsson hit "Everybody's Talkin'."

Here Michal Shapiro gives a woman's take on the classic Fred Neil composition over a poppy/folksy Wes Farrell production. There's a strange instrumental version of John Barry's theme to "Midnight Cowboy," jazzy rock with a female vocal, most likely Michal, adding a nice eerie resonance to the spirited and jumpy rendition, a far cry from the version that contained Vinny Bell's elegant guitar, the Top Ten hit for Ferrante & Teicher in 1969. The two new titles as well as the Elephant's Memory material from the movie make up side one. Side two contains seven more titles from the first LP, including the singles that were released from that disc, "Crossroads of the Stepping Stones" and "Don't Put Me on Trial," two excellent slices of '60s pop. Over 40 minutes of music graces Songs From Midnight Cowboy Plus Their Hit Singles, the two new titles plus everything from the Buddah debut minus the songs "Band of Love" and "Hot Dog Man" (which was the flip of the 45 rpm "Jungle Gym at the Zoo").

The album could have been even more interesting had their 45 rpm "Keep Free, Pts. 1 & 2" from November 1968 found its way onboard rather than the reissue of "Yogurt Song," a composition from keyboardist Richard Sussman and drummer Rick Frank which sounds like a Frank Zappa nightmare. Other than that, the album actually is quite consistent and is lots of fun. Later releases Take It to the Streets and Angels Forever don't have the pop meets psychedelia underground feel of this neo-bubblegum period piece.
by Joe Viglione 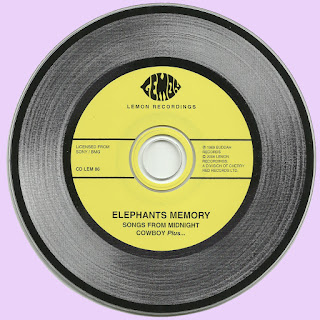 Free Text
Just Paste
Posted by Marios at 7:48 AM 3 comments: