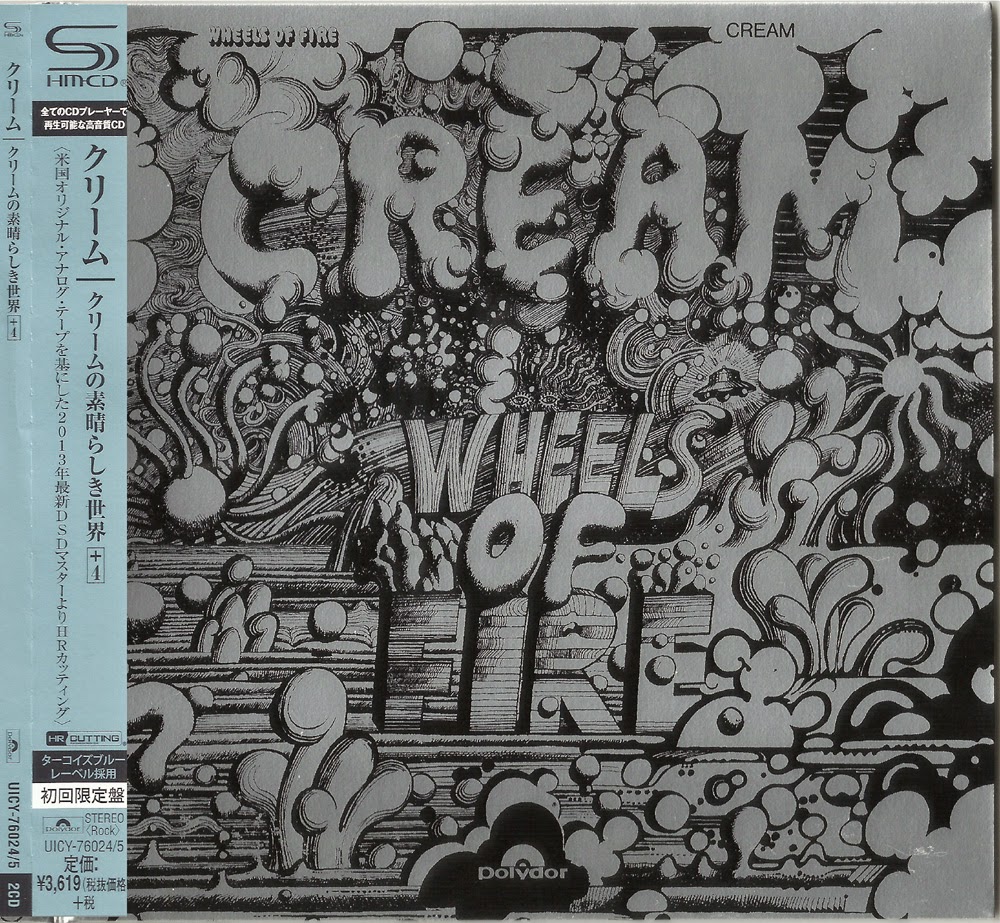 Today, when I listen to recordings of the group, analyzing other performers who more or less at the same time they toured and recorded, I realize how revolutionary sonically and executive and was in those years the music, one of the first rock supergroup.

Cream founded by Eric Clapton in 1966. The guitarist was then recognized as a musician - fame brought him appearances in John Mayall band and in the group The Yardbirds. Singing bassist Jack Bruce and drummer Ginger Baker virtuoso knew each other from the performances in the group of Graham Bond Organisation. The situation of these two is so interesting that men got along great on a musical, while privately hated. There were among them even fighting, which did not prevent that crossed their path again in Cream.

Initially, the group was supposed to be a quartet, but eventually found that the Graham Bond, aspiring to the position of keyboardist and vocalist sounds too jazzy. So the concept remains unchanged: the trio. What happened next is history. History, without which hard to imagine how a would sound "In Rock" Deep Purple, Zeppelin's debut, and the first album Osbourne, Iommi, Butler and Ward's 'Black Sabbath'

Albums such as "Fresh Cream", "Disraeli Gears" and above all "Wheels Of Fire" defined the rock in its contemporary twist. Gone were polite arrangements and sentimental melodies, percussion appeared madness, denting the lands lots of bass and guitar overdrive, on which Clapton played like no other in the world. The third record is the most important for group of at least a few reasons. First of all, it is for it included songs like "White Room" - magnum opus group, one of the most important works in the history of rock music.

The composition of Jack Bruce's phenomenal poet Pete Brown's text (which incidentally also worked with Bruce in his later years), perfectly complemented Clapton guitar wah-wah. The second - the album is divided into two parts - the studio and concert, presented the group Cream in her top form. On the next and final album, "Goodbye", although undoubtedly successful, there is no longer the magic, which was characterized by "Wheels Of Fire".

At the beginning album of the group, serves the famous "White Room". Characteristic heralds the start that soon things will start to happen unusual. And so it happens when Jack Bruce begins to sing "In a white room with black courtains near the station ...". Baker and cannonade percussion caps distinctive guitar leave no doubt that we are dealing with the art of extraordinary. The trick, which is not grown old, even after more than 40 years.

The band then serves up its own version of the composition Walter Vinson, however, in the case of covers of Cream hard to talk about the usual role-blues standards. "Sittin 'On Top Of The World" sounds rather like the author's composition of the group.

"Passing The Time" is a composition Baker, lyrical song found its development in the psychedelic-sounding chorus. Then comes into the multi-instrumentalist Bruce - in the composition of "As You Said" is dominated by acoustic guitar and cello. The song can be associated with experiments Jimmy Page in "White Summer" and later in "Black Mountain Side".

Then we have the song "Pressed Rat And Wrathog", recited by Ginger Baker. For the curious fact that in concert song has never been performed, however, was incorporated into the program of concerts at the Royal Albert Hall in 2005, played on the occasion of the reactivation of the group. Cynical song "Politician" is in turn composition tandem Bruce / Brown. Bass march in this piece gives it a slightly sinister character. This is certainly one of the most important works of the group. It is worth noting that the overlapping guitar solo is patent that a few years later, a man named Tony Iommi podchwyci in such songs as "War Pigs".

In another composition "Those Where The Days" rhythm enrich bells, tubular bells and marimba. The piece itself bears a great solem guitar provides a counterbalance to the "Born Under A Bad Sign" - a fantastic blues as interpreted by Jack Bruce, enriched sound of the tambourine. The first part of the album closed composition "Deserted Cities Of The Heart", a bit close to the climate "Those Where The Days", however, is dominated by the classic sound - viola, cello and acoustic guitar. It could not fail, of course juicy solos of Eric Clapton and Ginger crazy driving percussion Baker. So it ends up part of the studio.

The second CD includes four live recordings, including the legendary performance of "Crossroads" opening set. The composition of Robert Johnson was served with a true hard rock nerve and actually hard to talk here about the typical processing. Due to the phenomenal guitar riff and one of the best guitar solos in rock history, "Crossroads" has become one of the most important works in the history of rock music. Another recording from 10th March '68 to "Spoonful" - the evergreen Willie Dixon was stretched to 16 minutes, but not for a moment we have no right to be bored. Bruce, Clapton and Baker were masters of improvisation and what it can irritate the example of concert recordings of Led Zeppelin or Black Sabbath, here is the strength of the group, phenomenal, both in the studio and live.

"Traintime" is a composition by Bruce - exuberant blues-driven tractive Baker a lead on drums and harmonica feats vocalist. Finally, to Ginger Baker - his "Toad" is one of the first in the history of rock music recorded drum solos. Note that tense is impressive solo instrumental buckle. So ends one of the most important records in the history of rock and me there is nothing else,as to recommend this album to everyone who by some miracle yet have not took note of with it.
by Adamus67 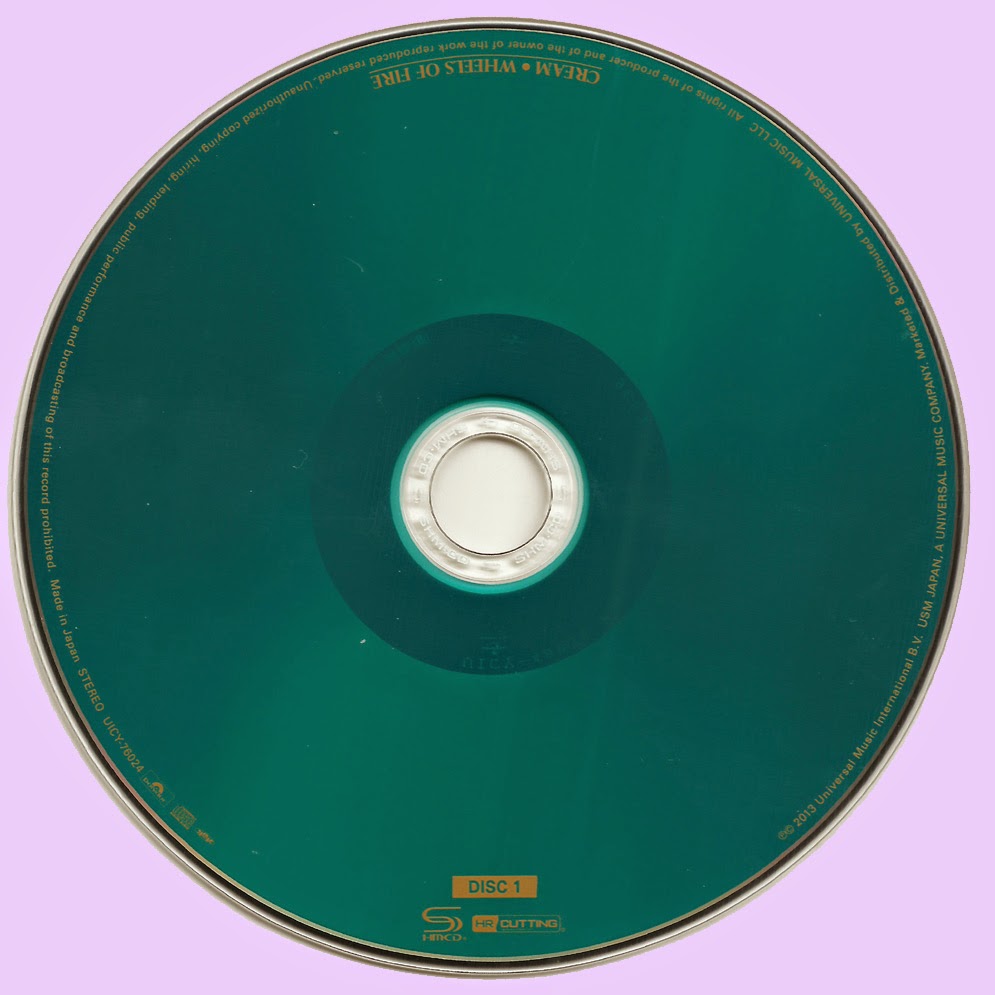 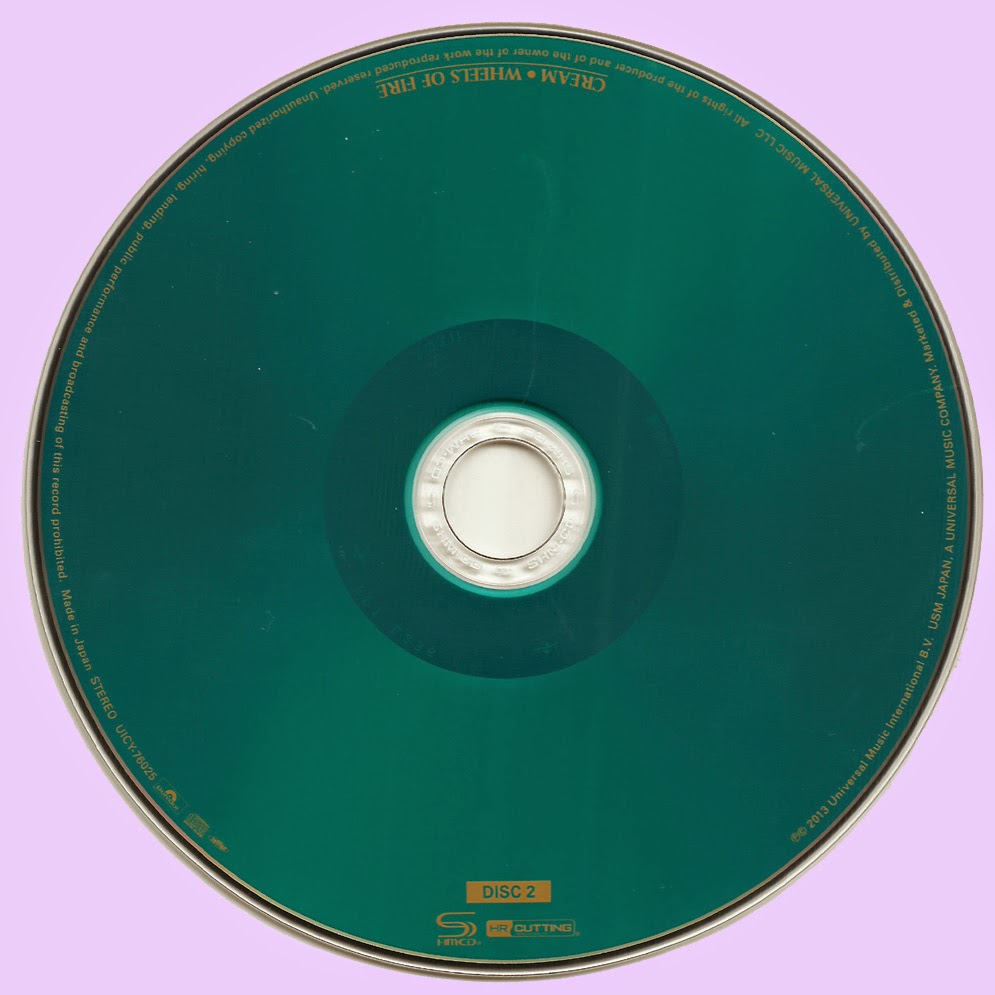 Free Text
Text Host
Posted by Marios at 5:01 AM 12 comments: