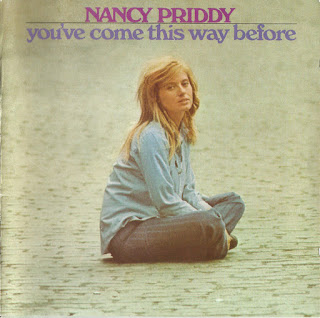 Although better known to the public at large as an actress, Nancy Priddy also enjoyed a sporadic recording career, in 1968 releasing her lone LP, You've Come This Way Before, a minor classic of psychedelic folk. Born and raised in South Bend, IN, Priddy later studied liberal arts at Oberlin College, eventually graduating from the Northwestern School of Drama. Her fledgling theatrical career included a stint doing cabaret, and in 1964 she relocated to Greenwich Village, joining the folk combo the Bitter End Singers and making her recorded debut on the 1964 Mercury release Discover the Bitter End Singers. Priddy exited the group a year later to resume her acting career, eventually returning to the Chicago area. There she began writing her own songs, recording a series of now-lost demo sessions; upon landing back in New York City in 1967, she also contributed backing vocals to the classic Songs of Leonard Cohen.

At the end of 1967, Priddy and aspiring producer Phil Ramone initiated work on You've Come This Way Before, a dreamy, far-reaching acid-folk effort featuring contributions from jazz arranger Manny Albam and funk drummer Bernard "Pretty" Purdie. Issued with virtually no fanfare on Dot Records in late 1968, the album quickly disappeared. During a subsequent visit to Dot's Los Angeles headquarters, Priddy met her future husband, staff producer Bob Applegate. (The couple's daughter Christina Applegate later co-starred in the long-running television sitcom Married...with Children before mounting a feature film career.) During her SoCal stay Priddy also cut a single with producer Harry Nilsson, the 1969 release "Feelings." After contributing to composer Mort Garson's multi-volume opus Signs of the Zodiac, she effectively retired from music, renewing her focus on acting and later appearing in films (Short Walk to Daylight, The Aliens Are Coming) and television (Bewitched, The Waltons, and Barnaby Jones). Following a lengthy but triumphant battle with breast cancer, Priddy returned to music in the early '90s, self-releasing a series of LPs including Can We Talk About It? and Mama's Jam.
by Jason Ankeny

Nancy Priddy's sole, obscure solo album is the kind of idiosyncratically weird effort that could have only been made in the late '60s, when all sorts of pop and underground influences were combining with a naïveté unreplicated ever since. In some ways it's an off-the-wall singer/songwriter album drawing from both folk-rock and psychedelia. The trippy lyrics are often Through the Looking Glass-like dreamy jottings from a woman who's just gone to the other side of reality, overawed and only slightly intimidated. The sense of a child let loose to romp in the fields is amplified by Priddy's oft-girlish vocals, as heard on cuts like "Ebony Glass," and trendy psychedelic-style echo and high-pitch modulations are added to some of the instruments and vocals on various tracks.

Structurally, the songs -- written by Priddy with several collaborators, including John Simon, Manny Albam, and Everett Gordon, all of whom contributed arrangements to the album -- zigzag all over the map, shifting tunes, meters, and moods unpredictably, and sometimes with little rhyme or reason. Yet at the same time, it's sometimes dressed up in unabashedly late-'60s commercial pop/rock and pop-soul production and orchestration, even to the point of employing trumpets that sound fresh off a Dionne Warwick session. It's often as if the creator and her coconspirators couldn't quite decide whether they were aiming for the pop market or the freaks. Sometimes the result's haunting and enticing, yet on the whole it's an uneasy mix that doesn't cohere, the songwriting not being quite up to the apparent far-out ambitions of the project.
by Richie Unterberger 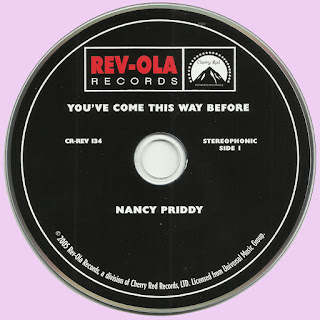