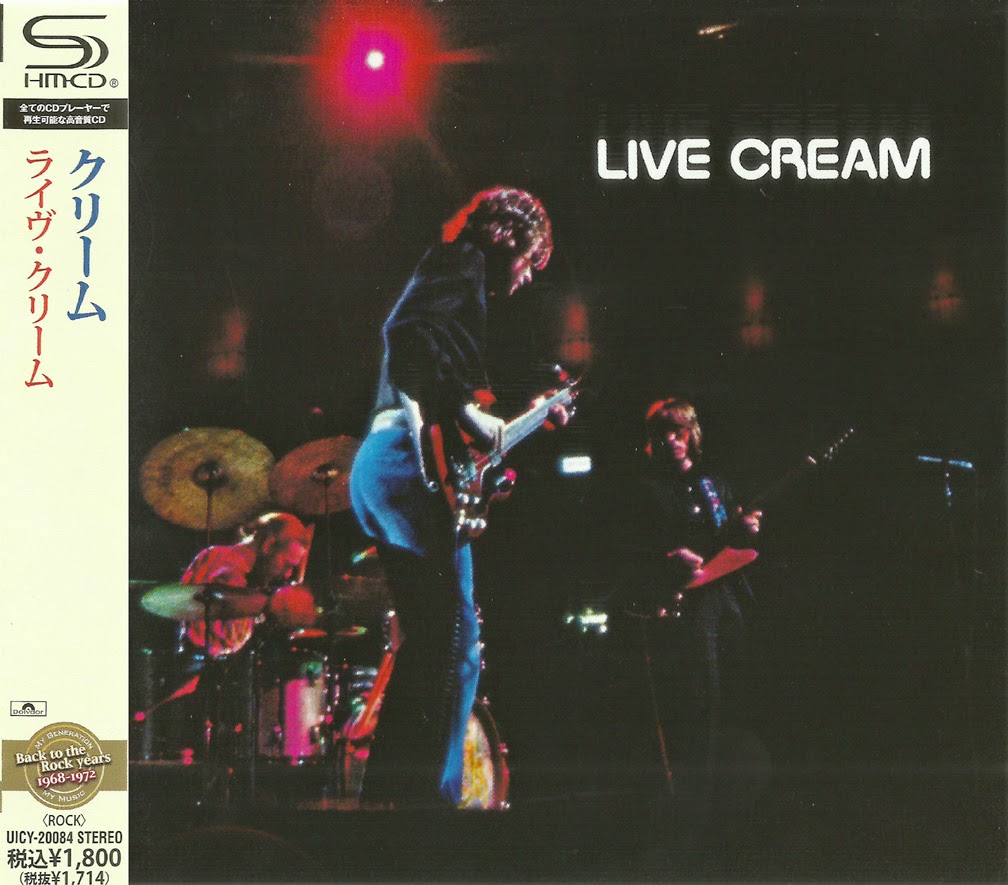 Cream was a band born to the stage, a fact that the band and their record label realized the public fully understood by the number one U.S. chart placement for Wheels of Fire, with its entire live disc, and the number two chart peak for Goodbye, the posthumous release that was dominated by concert recordings. And in response to those success, we got Live Cream, Vol. 1 (originally known simply as Live Cream) in the spring of 1970, nearly 18 months after the trio's breakup. This could well be their most consistently brilliant album for sheer musicianship, though it is also a peculiar one on a couple of counts, some of which probably prevented it from reaching quite as wide an audience as it might have otherwise.

Released in April 1970 and derived from tapes made at three May 1968 California shows, all of the live tracks here consist of songs originally featured on the group's least ambitious and most rudimentary album, Fresh Cream, dating from 1966 -- and as it happens, there's not a hit represented among the five songs, a fact that probably made this release seem more appealing to hardcore fans than to casual and curious listeners (who didn't know what they were missing).

The performances here show how far the group had come in the nearly two years since laying down the studio originals -- take side one of the original LP, where they stretch out their playing, as well as boost it to new levels of intensity, on "N.S.U." and "Sleepy Time Time," so that the renditions here are the definitive ones, and by themselves should have made this album an essential acquisition back in 1970. But that brings us to the original side two and the 15-minute rendition of "Sweet Wine," an excursion by all three players that is worth the quarter-hour time commitment of the listener.

The live portion of the album ends with their searing, rollicking high energy rendition of Muddy Waters' "Rollin' and Tumblin'." And then, for reasons not clear -- except perhaps simply that it was there, in the vaults, and seemed like a valuable piece of property, which it was (and what else were they going to do with it?) -- the producers close Live Cream with a studio cut, "Lawdy Mama," an Eric Clapton-inspired take on a traditional tune that subsequently evolved into the hit "Strange Brew" during what became the Disraeli Gears sessions. It's not a match for everything we've heard, but in the spring of 1970 no one was exactly complaining over being handed a previously unissued studio track by the Cream, as a bonus to the concert performances here.

As it turned out, there were more live tracks from some of these same shows to draw on in future releases and reissues, which would include a couple of the group's hits; but Live Cream offers the overall highest quality, both in terms of clarity and fidelity, and the performances, which, in addition to the essential great playing (better in some ways than what was heard on some of the much-vaunted live tracks from Wheels of Fire), include excellent vocalizing by Clapton and Jack Bruce.

Not that vocalizing looms that large here -- the live tracks are all given extended jazz-based treatment, and the dialog among the three musicians as the jams develop is fascinating. Foreground and background seem to dissolve as all three musicians take charge, using the full range of their instruments. And where Bruce goes with his bass, especially on "Sweet Wine," is every bit as rewarding as the places that Clapton's guitar takes us; and Ginger Baker's playing is a trip all its own. Performances like this single-handedly raised the stakes of musicianship in rock.
by Bruce Eder 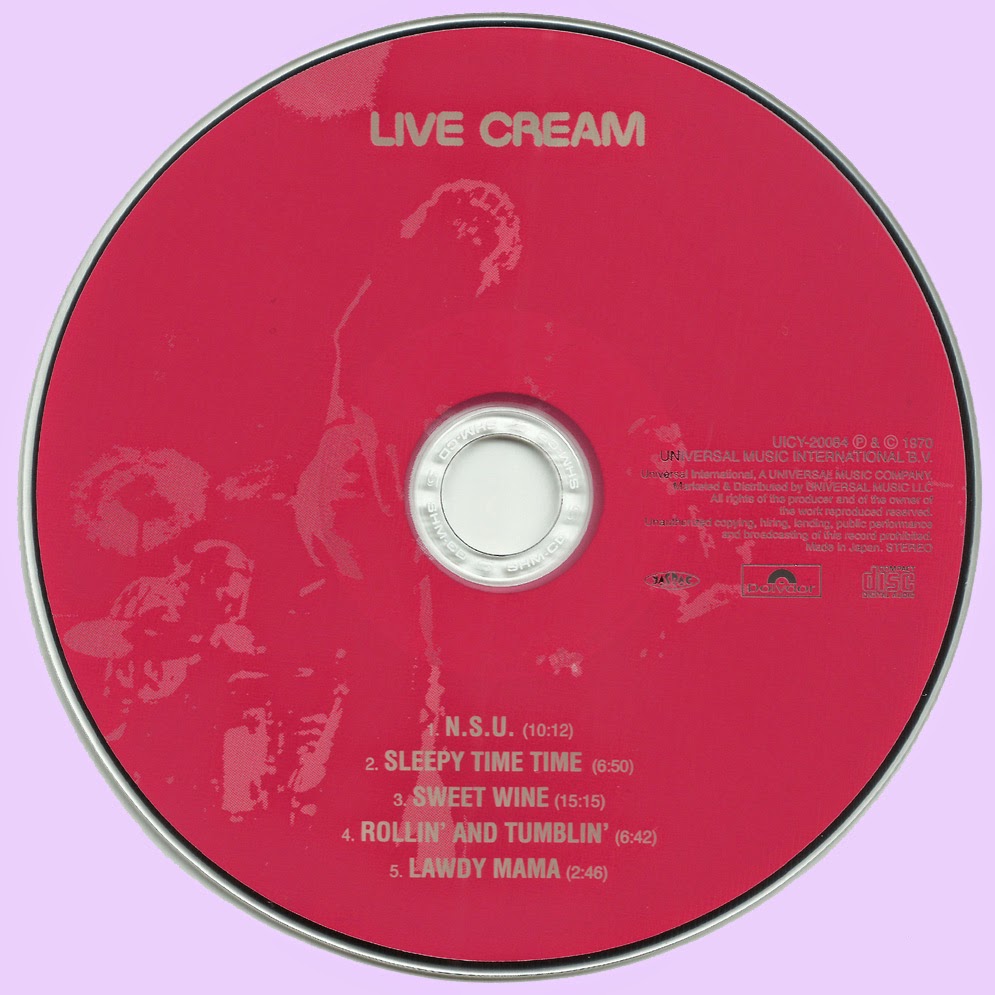 Free Text
the Free Text
Posted by Marios at 2:09 AM 7 comments: