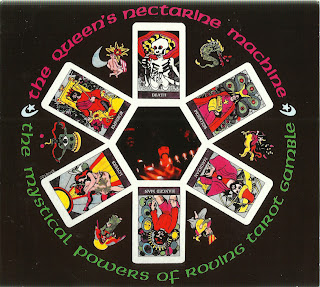 The Queen's Nectarine Machine released one LP during their career, The Mystical Powers of Roving Tarot Gamble, which was recorded in 1968.

I was fortunate enough to get a copy of it from singer Jimmie Jersie, but it is otherwise extremely difficult to find. I spoke with Jimmie recently (listen to the interview). According to Jimmie, the trippy band name and the occult theme of the LP were the idea of their production company, Super K. The band was much more of a rock & roll band, influenced more by the Rascals, Rolling Stones and the Beatles. Still, this album is a prime example of late-1960s psych—as is the band's appearance.

Jimmie, who identified himself as "the wierdo in the flowered pants," did his part in establishing the band's look. The flowered pants? Imported from Italy. In fact, all of the shirts that the band members are wearing are Jimmie's.

Jimmie was also a member of the Del-Aires, a band with a career as interesting as the Queen's Nectarine Machine. The Del-Aires appeared in the movie The Horror of Party Beach, which aired on Mystery Science Theater 3000. The website Bad Movie Planet called the Del-Aires "The Greatest B-Movie Band Ever?" The Del-Aires also were playing in the Angel Lounge in Lodi, New Jersey, on the night of the infamous killings that left two police officers dead, chronicled in David Stout's book Night of the Devil. 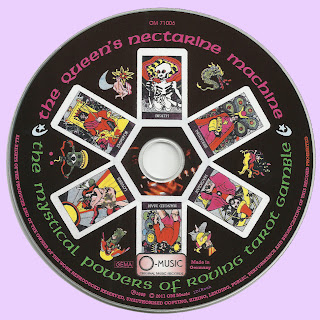